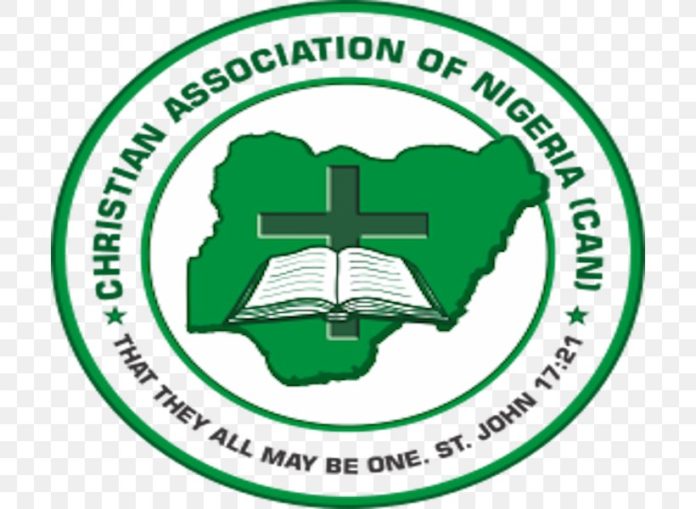 The Christian Association of Nigeria (CAN) in the 19 Northern States and the Federal Capital Authority (FCT), has said that the current situation in the country has plunged majority of Nigerians into hunger, poverty, frustration and despondency.
It also raised the alarm over an impending food crisis as a result of the activities of bandits.
In a statement on Monday in Kaduna, titled, “Democracy Day, insecurity and the looming food crisis”, the religious body said there was nothing to celebrate on June 12, declared by the current administration as Democracy Day.
According to the statement, amid increasing insecurity, bad economy and undemocratic tendencies among the leaders, there was nothing worth celebrating on Democracy Day.
The statement signed by
Rev. Jechonia Albert, Public Relations Officer (PRO) of the association, lamented that the increasing insecurity in the country has prevented farmers in many rural communities, particularly, in the north, from going to the farm.
Albert stressed that the implication of farmers not going to the farm, is a looming food crisis that May compound the challenges being faced by Nigerians.
The association said, “The rains are here, but farmers cannot go to the farms for fear of being killed or abducted by bandits.
“The implication of this, is that a looming food crisis stares us in the face and unless steps are taken to provide a secured environment for farmers to return to the farms, we may be in for more trouble with a hungry and frustrated population”.
The statement further said June 12, was marked with mixed feelings, noting that in places like Lagos, Abuja and some Southern states, Nigerians trooped to the streets to protest against the unfortunate state of affairs in the country.
The statement declared that:
“Without mincing words, Northern CAN wish to state that the current state of the nation has plunged the vast majority of the people into hunger, poverty, frustration and despondency.
“Amid increasing insecurity, bad economy and undemocratic tendencies among the leaders, is there anything really worth celebrating? Certainly none!
“We are particularly concerned about the security situation which appeared to have overwhelmed the government.
“The security situation in the country today has worsened with bandits, kidnappers and Boko Haram insurgents unleashing mayhem on Nigerians, killing innocent people and sacking communities.
“Thousands of Nigerians, especially, in rural communities have been rendered homeless by bandits.
“On a daily basis across the country, communities are being raided people are being killed or abducted by rampaging bandits and other criminal elements.
“The security situation has crippled the economy as traveling on the highways across the country has become a nightmare to Nigerians.”
The statement also condemned the persistent attacks and abduction of children in schools, especially, in states like Kaduna, Katsina, Zamfara and Niger.
“We fear that these attacks, if not checked, parents and children would be forced to abstain from school, given the recent cases in Kaduna, Zamfara, Katsina and Niger states, where parents of abducted school children paid hundreds of millions of naira to bandits for the release of their children.
“This will bring about serious set back to the quest by the north to bridge the wide educational gap between it and the southern states of Nigeria.
“We join other Nigerians to once again, call on the federal government for the umpteenth time to urgently address the security situation once and for all to liberate Nigerians from criminal gangs and their reign of terror”, the statement said.
Albert commended efforts by the security agencies to tackle the criminals despite the challenges they also faced, noting that many of them have lost their lives with many others injured in the line of duty.
The statement said President Muhammadu Buhari, has repeatedly promised to address the security situation and urged him to “go beyond rhetorics and match his words with action this time around in order to inspire confidence among Nigerians.”