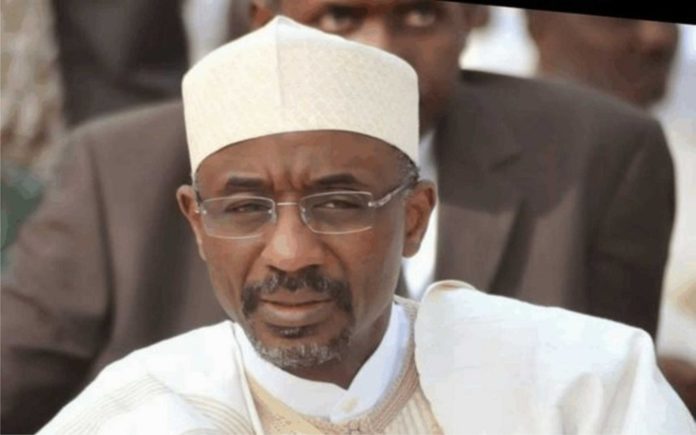 Former emir of Kano, Khalifa Mohammadu Sanusi has that no one can afford to be a conformist in a society that is so abnormal. Sanusi spoke on Saturday in Kaduna at a colloquium marking his 60th birthday.
He said nobody can ignore the fact that things are not working in Nigeria.
Lamenting the current socio economic and security challenges facing the country, Sanusi said he had paid the price for speaking out about the issues, stressing however that “Nigerians are the ones paying the real price.”
He said the price Nigerians are paying for, “ is the price you see in increased poverty, it is a price you see in insecurity, in high rate of inflation, in loss of values of our currency, in the numbers around malnutrition, unemployment, out of school children, maternal mortality and infant mortality”.
The former governor of the Central Bank of Nigeria (CBN), said for the past two years, he had not been talking much, not because he was afraid of speaking, but because all the things he spoke about had come.
“When you are in a society that is so abnormal, you cannot afford to be a conformist, because if you all conform things will not change” he said.
He recalled that, “Many years ago, when I was screaming about the billions being spent on fuel subsidy, I remember there was an attempt to attack my house in Kano, then I was in the CBN. Where are we today? We are face to face with the reality -that fuel subsidy is unsustainable.”
According to him, those calling him “controversial or calling me an enemy or critic, will not make those facts go away. So, anywhere we go, we must face these facts.”
Sanusi said at 60 he is not happy, “because 60 years ago when I was born, the United States government advisory was telling investors that Nigeria has a better economic future than Japan. Today where are we and where is Japa?…
“I have tried not to say much not because there is nothing to say or because I am afraid of speaking.
“The reason I have not spoken much in the last two years is because, I don’t even have to say anything anymore, because all the things we were warning about have come.”
The former emir stated further that in 1980, Nigeria’s GDP per capital on purchasing power parity basis was $2,180, adding that in 2014, it appreciated by 50 per cent to $3,099.
“According to the World Bank, where were we in 2019-$2,229. At this rate in the next two years in terms of purchasing power parity, the average income of of a Nigerian would have gone back to what it was in 1980 under Shehu Shagari. That means, in 40 years, no progress, we made zero progress. 40 years wasted”, he warned.
Sanusi said between 2014 and 2029, on the basis of this index of the purchasing power of the average income of an average Nigerian, “we have wiped out all the progress made in 35 years.
“We have a responsibility as a people to rise and improve the lives of the people of this country”, he added.
According to him, the issues are no longer about government, political parties, traditionsl rulers and emirs.
He said the days are gone when one class of people whether they are emirs or civil servants cannot talk.
“When there is fire, everyone has to go with a bucket of water. We need to understand how our economy works as a people, we need to understand our choices”,
Sanusi said 70 per cent of challenges facing the country, from insecurity to  herder/farmer clashes, all have their roots in economy.
“Even this shout about restructuring is about economics, it is about resources. We need to grow this economy and make it work for the poor people”, he said.
Sanusi who is also an Islamic scholar spoke about certain practices among northern Muslims.
He said as an economist and an Islamic scholar, “I need to say that, at the level of the North and Muslims, we need to look hard at ourselves and questions the choices we have made.”
He recalled that, “As emir of Kano, we got scholars to sit for three years. We drafted a Muslim Code of Personal Status that began to address some of these issues. That law was ready in 2019, but it has not been passed.
“I also sent it to the Chairman of the Northern States Governors’ Forum, the Governor of Plateau state and said in case any of the Governors need it, give it to them.
“I have not heard anything. But we keep talking about poverty in the North. We keep talking about Almajirai. These Almajirai did not produce themselves.”
Speaking further, Sanusi said, “If you cannot maintain one wife and you marry three and if you cannot maintain three children and you have 17, if you leave those children on the street without education, without training, you are going to have young men that would be problem to our society.”
He said, “The youths that you see on drugs, those in stealing and kidnapping are all products of that social system.
“And we need to ask ourselves, is this what Islam said we should have? Are these the children that Islam said we should have?”