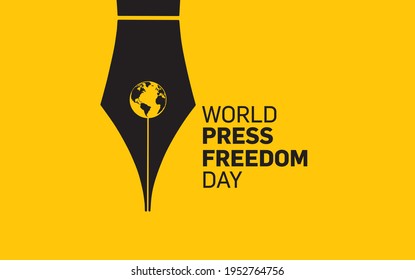 The National Human Rights Commission (NHRC) has declared that Nigerian journalists deserve a better deal in the discharge of their constitutional duties.
The Executive Secretary of the commission, Tony Ojukwu, said this in a statement commemorating this the 2022 World Press Freedom Day, which is marked globally on May 3 every year.
Ojokwu said journalists deserve a better deal than they currently have, where many of them face poor working conditions as well as censorship, harassment, intimidation, and, sometimes, assassination.
He noted that the press, which battled hard to return Nigeria to its current democratic status and continues to struggle to sustain democracy and development, has to be supported in order to successfully execute its constitutional duties as the society’s watchdog.
He urged Nigerians to continue to see journalists as “The oxygen of democracy and agents of change and development”.
He said the constitutional duty of journalists which is enshrined in Section 22 of the Nigerian constitution, “to hold the government accountable to the people” distinguishes them as those who perform an essential duty to the nation.
He asked law enforcement officials, particularly the police, to step up their investigations into the circumstances of the deaths of several Nigerian journalists, including Tordue Salem of the Vanguard newspaper, whose body was purportedly discovered in Abuja in 2021.
“The commemoration of the World Press Freedom Day is not an opportunity to witch-hunt any person or institution, but is a period to reminisce the fundamental principles of press freedom, guage the state of press freedom globally, defend the Media from attacks on their independence and to pay tribute to journalists who are either human rights defenders in custody or captivity or have lost their lives in the line of duty,” he said.
According to him, the World Press Freedom Day is meant to remind governments of the importance of upholding their commitment to press freedom, as well as journalists of the importance of upholding their professional ethics, defending democracy, justice, equity, and fairness, and being committed as human rights defenders.
According to him, the year’s theme for the celebration of World Press Freedom Day, “Journalism under digital siege” is apt as it seeks to bring to the fore, “the impact of the digital era on the freedom of the press, the security of journalists and access to information and privacy”, ojukwu said.
He observed that while the internet and its associated surge in digital communication have unquestionably benefitted humanity in numerous ways, it has also challenged our right to privacy, because essentially nothing is concealed from the online radar.
He commended the United Nations Educational, Scientific and Cultural Organization (UNESCO) for championing the World Press Freedom Day Global Conference scheduled to hold between May 2 and 5, 2022 in Punta Del Este, Uruguay.
“The conference would be a forum for key players in the internet related companies, legal experts, journalists etc to discuss the challenges of digital communications, the impact on press freedom and the way forward,” Mr Ojukwu said.
Also in a statement marking Press Freedom Day, the Nigeria Guild of Editors (NGE) said press freedom was still under attack in Nigeria.
In a statement signed by its president, Mustapha Isah, and general Secretary, Iyobosa Uwugiaren, the guild said, “We need to remind governments at all levels in Nigeria that a free and independent media that can keep the people informed and hold leaders accountable, is essential for a strong and sustainable democracy, including free and fair elections.”
It added that without an independent press, “Nigerians cannot make informed decisions about how they are governed; and address human rights abuses, corruption and abuse of power.”