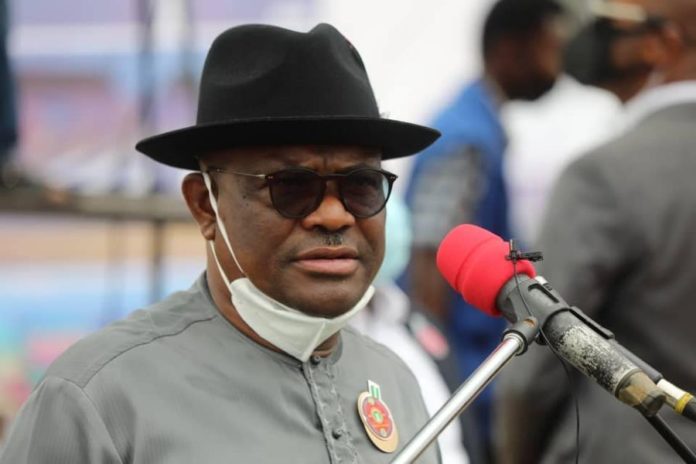 The governor of Rivers state, Mr. Nyesom Wike, was at the Plateau state high court, Jos, on Wednesday to witness the trial of the former governor of th state, Mr. Jonah Jang.
Jang, alongside Yusuf Pam, former cashier in the office of the secretary to the state government (SSG), are being prosecuted by the Economic and Financial Crimes Commission (EFCC) for alleged criminal breach of trust and misappropriation of N6.32 billion belonging to the Plateau state government.
They were first arraigned before Justice Daniel Longji, in March 2018 on a 17-count charge to which they pleaded not guilty.
However, the case was being heard afresh by Justice Christy Dabup following the retirement of Justice Longji in December 2019.
Wike arrived the court premises at 9:50 am in the company of some Peoples Democratic Party (PDP) chieftains in the state and moved straight into the courtroom where the trial was already in progress.
Jang’s counsel, Mike Ozekhome, told the judge that the Rivers governor was in the court to witness the trial of his client.