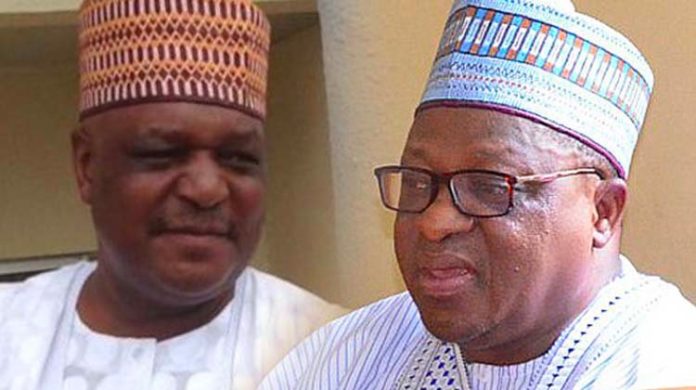 The Nigerian Correctional Service (NCS) has explained why former governor of Plateau state, Joshua Dariye and former governor Jolly Nyame of Taraba state, have not been released, two months after they were granted state pardon alongside 159 other convicts.
The Council of State led by the President Muhammadu Buhari, had on April 14, 2022, granted pardon to the convicts.
Nyame is serving a 12-year jail sentence for diverting N1.64 billion during his tenure as governor of Taraba, while Dariye is serving 10 years imprisonment for N1.126 billion fraud.
In an interview with The Punch newspapers, spokesman of the NCS, Abubakar Umar, said the NCS was not responsible for the delay in their release.
He said the former governors could not be released by the Ministry of Justice stating so was writes the NCS.
“Why they have not been released is because we are still waiting for correspondence from the Ministry of Justice. “The moment we get that, we will effect their release. It is a presidential pardon, no doubt, but there must be a document to back their release.
“They can’t be released on mere pronouncement alone”, Umar said.