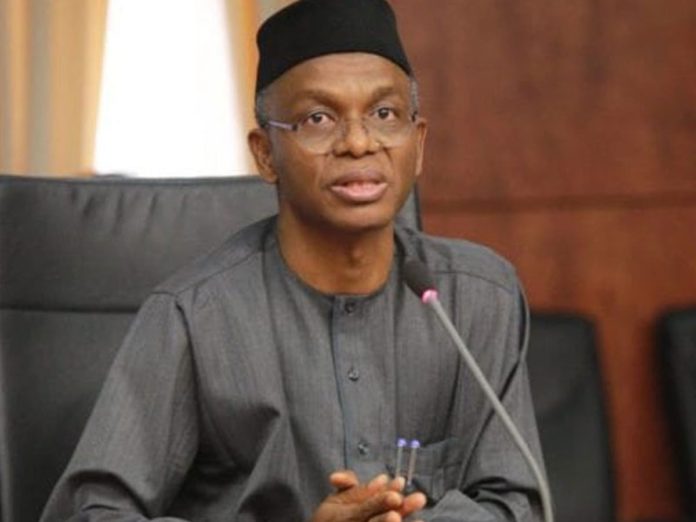 The Kaduna state government and the Nigerian Labour Congress (NLC) are poised for a showdown on Monday at the commencement of the five day warning strike.
The Kaduna state chapter of the NLC, had last week issued notice of the warning strike, commencing on Monday, to protest the sacking of workers by the state government.
But the state government has warned civil servants against participating in the strike, accusing the NLC of plotting to cause violence in the state.
At a press conference on Saturday in Kaduna, Jafaru Sani, the commissioner for Local Government Affairs, alleged that some trade union leaders, led by the President of the NLC, Mr. Ayuba Wabba were planning to cause mayhem in the state.
The commissioner also accused Wabba for allegedly causing the destruction of government property in 2017 during a protest against the sacking of over 20,000, saying, there is a subsisting warrant for Wabba’s arrest “for vandalization of government facilities, in violation of the Miscellaneous Offences Act and other laws of the land.”
According to him, “security agencies have been notified of the plans of some trade unionists to recruit hoodlums, including from other states, to create a destructive spectacle and further their self-serving narrative about public service jobs and insecurity.”
Sani added that the state government “has notified the security agencies who would take steps to thwart the violent intent of the organisers” of the strike.
He said, “The Kaduna State Government has been made aware of plans by some trade unionists, led by Ayuba Wabba, to reprise the mayhem they visited on Kaduna during their rampage of 8 November 2017.”
Wabba and other trade union leaders had on November 8, 2017, let the protest against the sacking of 21,780 school teachers in the state, said to have failed a competency test organised by the government.
“There is a subsisting warrant for the arrest of Wabba for the vandalization of government facilities, in violation of the Miscellaneous Offences Act and other laws of the land,” the commissioner said.
Sani also warned that besides the restriction on “imposed by Covid-19 protocols, a ban on public processions subsists in this state.”
Speaking further, the commissioner said, “the KDSG will protect its facilities and the right of its staff to access and work in their offices.
“It is unlawful for anyone to try to deny them access or exit.”
He warned that, “Government offices are not the property of any trade unionist and none of them should entertain thoughts of locking up or vandalizing any facility.
“As in 2017, the Kaduna State Government will not subject its policy to the veto of a mob.
“This government did not campaign on a platform of tired populism and it was not elected to practice timidity as public policy.
“It is not about to create the mistaken impression that it has much fiscal wiggle room as a subnational or that it is the supreme goal of government to pay 100,000 people while ignoring the larger public welfare of 10m citizens.
“The trade union laws of this country are not a cover for irresponsibility, and therefore everyone concerned should be rightly guided.”
The state government had earlier in the week, issued a circular, asking civil servants to disregard the NLC notice on the warning strike.
The circular signed on behalf of the Head of Service by Amina S. Abdullahi, permanent secretary, establishment, and addressed to all Chief Executives of Government Agencies and Parastatals, directed that all civil servants must report to work and sign a register.
“I am directed to request you to inform all civil servants in your MDAs and other arms of government to disregard the notice issued by the NLC and report to work.
“You are further requested to ensure strict compliance to signing of the attendance register, as such registers would be submitted to the “Office of the Head of Service for necessary action
All Chief Executive of MDAs and other arms of Government are to ensure strict compliance to this Circular as well as give it the widest publicity, please”, the circular stated.
However, the state chapter of the NLC, in a statement, called on workers to disregard the threats by the state.
The statement signed by the state secretary of the NLC, Comrade Christiana Bawa, said no worker in the state government under the present leadership of Governor Nasir El-Rufai has job security nor is safe from disengagement.
“It will be recalled that Kaduna State Government sacked over 30,000 workers in 2016 and up to date their entitlements have not been settled.
“Since the history of Nigeria there’s no government that disengaged workers like the present government of Governor Nasir Elrufai.
“This is the time to tell the world that Kaduna State government is antiworker and want to destroy the civil service in the name of reform, enough for the sacking of workers by Kaduna State Government”, the NLC said.
Meanwhile several affiliated bodies of the NLC, including the Nigeria Union of Petroleum and Natural Gas Workers (NUPENG ), the National Union of Road Transport Workers( NURTW), National Union of Electricity Employees of Nigeria(NUEE), National Union of Banks, Insurance and Financial Institution Employees (NUBIFIE), the Nigeria Union of Railway, National Association of Nurses and Midwives, Aviation workers Union and Local Government Employees, among others have directed their members to participate in the five day warning strike.