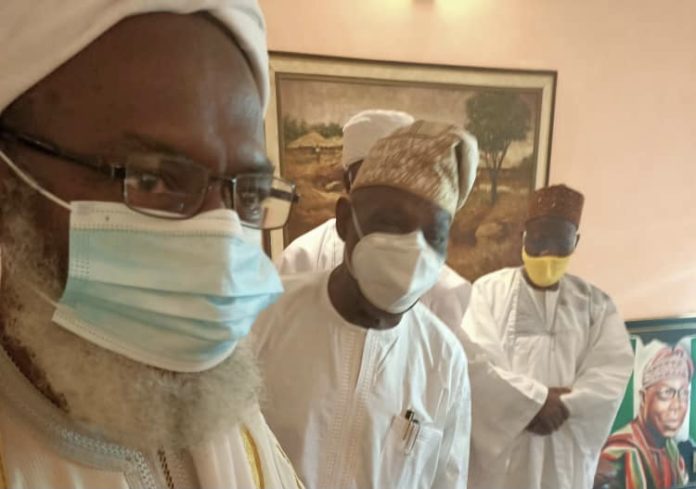 Raising from their meeting on Sunday in Abeakuta, former President Olusegun Obasanjo and Sheikh Ahmad Gumi, have recommended special courts to try bandits, kidnappers and carriers of unlawful weapons in Nigeria.
According to the Punch newspaper, Obasanjo and Gumi made this known in a jointly signed communique issued after their closed-door meeting at the Obasanjo Presidential Library, Abeokuta.
The newspaper reports that Gumi, who led some northern religious leaders to Obasanjo’s residence in Abeokuta, arrived around 11am and left at 4pm while he declined to speak with newsmen when asked the reason for his visit.
In the 21-point communique issued after the meeting, they also urged the Federal Government to take the issue of insecurity up with the Economic Community of West African States.
They also recommended that whistle blowers against insecurity must be protected and rewarded.
The statement read in part, “Federal Government should take the issue up seriously within ECOWAS to work for a regional solution.
“Every community must be encouraged and empowered to stand firm and strong against criminals.
There should be protection and reward covertly for whistleblowers against criminals living in the community.
“Special courts should be created to deal promptly with cases of banditry, kidnapping, ransom demanding and unlawful carrying of weapons.
“Let the slogan be: Security is the responsibility of all Nigerians.
We agree to continue to work together for solutions for the security of Nigeria and to seek others to join us as we widely circulate our joint statement.”