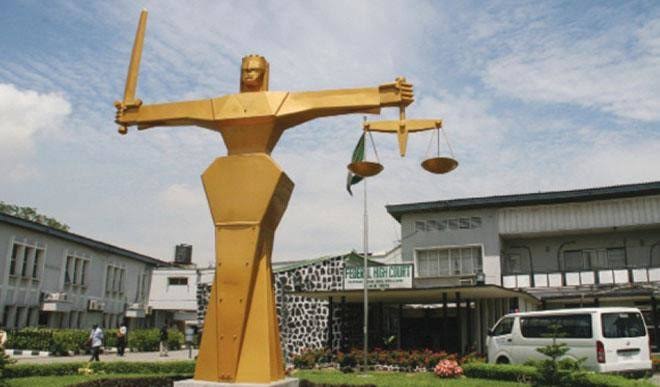 A federal high court in Abuja has dismissed a suit by the Nigerian Bar Association (NBA) seeking to invalidate some provisions in the Nigeria Police Force Regulations (NPFR) which forbid unmarried female police officers from getting pregnant.
The NBA had approached the court to challenge the legality of regulation 127 of the NPFR, arguing that the said provision contradicts the 1999 constitution and is discriminatory to unmarried female police officers.
The regulation, provides that “an unmarried woman police officer, who becomes pregnant, shall be discharged from the Force and shall not be re-enlisted except with the approval of the inspector-general of police”.
Citing the instance of Omolola Olajide, a female police officer who was fired on January 26, 2021, in Ekiti state for becoming pregnant while unmarried, NBA said such discriminatory regulations have made many female officers childless for fear of being fired.
“The male police officers and married female police officers in the Nigeria Police Force are not subjected to similar discrimination, sanction, opprobrium and indignity,” the association said.
“There are many unmarried female police officers in the NPF who, because of this discriminatory practice, cannot have or be allowed to have children because of fear of dismissal from the Police Force.
“Married female police officers are allowed to be pregnant and have children while still serving in the Police Force; they also enjoy maternity benefits.”
The attorney-general of the federation, the Police Service Commission and the Nigeria Police Force were the defendants in the suit.
In a counter-affidavit, the AGF asked the court to dismiss the suit.
The AGF said the plaintiff (NBA) ought to approach the national assembly for an amendment if it was not comfortable with the provision.
“Fundamental human rights, as guaranteed under the 1999 Constitution of the federal republic of Nigeria (as amended), are not absolute,” the AGF submitted.
“The Nigeria Police Act and Regulations are special creations of law. The Nigeria Police Act and Regulations provide the framework for the police force in maintaining peace, combating crime, protecting liberties, life and property and other related matters.
“Lawful discrimination permits an action undertaken based on the irreversible needs of a person or the society at large. The work of law enforcement and policing is one that demands emotional stability and physical agility.
“Effective law enforcement requires the performance of essential functions which are strongly contingent upon a high level of physical fitness. Environmental conditions of policing and law enforcement can create potential conflicts between police duties and pregnancy.”
Delivering judgment on Monday, Inyang Ekwo, the judge, agreed with the AGF’s submission.