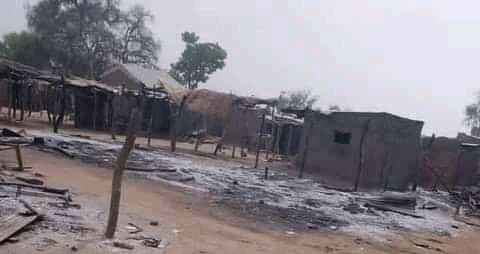 Simply put, a secured society is not necessarily one that has no challenges or problems. Security is not absence of threats. It is the ability of the state to ensure that people within its jurisdiction go about their daily endeavors without any threats to their lives, families and properties; or if such threats or challenges arise, they can be contained within reasonable time. In other words, as a scholar has argued security can be described as stability and continuity of livelihood, predictability of life, protection from crime and freedom from psychological harm.

In Nigeria today, threats and challenges are disrupting the ways of lives of people and the ability of the State to contain these challenges is being called to question. Evidently, the challenges seemed to have increased.

Several commentators have struggled to proffer explanations and possible solutions to the problems in Nigeria which seem to be defying explanations. A few years ago, a military Head of State, General Ibrahim Babangida had even said that the economy had defied explanations. Local and international groups, institutions and governments have sought to understand and proffer solutions.  The Nigeria security architecture has been reformed several times and new security organizations have been formed, creating further confusion and setting the stage for increased inter-agency rivalry and sabotage. As with economic policies and programmes, the creation of new agencies  and enactment of new laws have not accelerated  economic development in the country  and have as well not improved the security of the country. The economy has remained dependent on oil; Even the increased tax revenues gleefully announced by the government officials as achievements relating to the diversification of the economy are largely dependent on activities of companies whose operations depend on the oil sector.

The security situation in Nigeria today is evidently worsening. Nigerians wake up to almost daily to news of gruesome murders of hundreds, at times and extensive destruction of settlements. The now world-famous Boko Haram described by opposition politicians in 2014 as a ragtag “ragamuffin” have held the country hostage for almost 10 years now. Increasingly,  more communities and People are living in fear. Then ‘herdsmen” or Fulani militia, depending the side of divide, commentators are, entered the Nigeria security scene gaining a prime place on the global terror index. Within the last two years or so, they have successfully killed over 13000 people. Now trending in Nigeria are “gunmen” sometimes referred to as “bandits” who have taken away the peace of Zamfara and Sokoto States.

Indeed, almost all parts of the Country are suffocating under the yoke kidnappers. There is almost no day in the country that persons or groups of persons are not kidnapped. Rural Nigeria has become very unsafe and it is expected that there will be increased rural urban migration, food shortages and increased acquisition of small arms and light weapons, by individuals and communities.

Government in Nigeria, both past and present, have been living in denial of the broken state of the Nigerian system. Indeed, most elites in Nigeria appear to have reconciled themselves to this “fact” of a broken system and are operating under the mode of everyone “struggling for himself”.

The state arose according to the Hobbesian theory, to protect man from the predatory trait of fellow man because everyone is for himself and is also against all. The state collectivized the instruments of violence and, indeed, it is the opinion of some scholars that strong state systems, especially the West Phalian State system, has been responsible for the decline in violence and wars.

For Nigeria the weakness of the state, more than any factor, accounts for the increasing violence and insecurity. Nigeria had its share of despotic rulers, who do not follow any rules or procedures. As these rulers increased in strength, the state and its institution got weakened. Strong despotic rulers are usually factors that weaken state institutions. Despots usually thrive very well in weak States which operate institutions without procedures. A cursory look around the world today would show that the most violent insecure places correspond to the states that are weak, some having strong rulers. Weak States usually have weak and broken judicial and policing systems as well as flawed electoral systems.

The state of insecurity in Nigeria can be linked to the deterioration of the system.  Individuals operating these institutions can be rich while the institutions they own are poor.

The security agencies in Nigeria are therefore beset with several challenges including, but not limited to:

These result in poor attitudinal and behavioral deposition of security personnel. In many cases, the security operatives assigned to handle security issues lack the basic expertise and equipment. In some cases, some personnel get influenced by ethnic, religious and communal sentiments.

In the last few years, the Nigerian police has been ranked among the worst five in the world. There have been statements credited to the Governors of Borno and Zamfara state respectively who have affirmed that, the bandits and insurgents operating in their respective domains have more sophisticated weapons than the law enforcement agencies in the country. The increasing acts of terrorism and criminality recorded in different parts of the country indicate, unfortunately that Nigeria is on the edge of returning to the Hobbesian state where life is short, brutish and nasty. More like a state of anarchy. No longer are people shocked to read of killings of over 100 people. Government official have become immune to reports of killings.

Elections provide people with hope of changing leaders. In a normal democracy, the results of elections are not known before votes are cast. However, the flawed system in Nigeria produced results before elections took place and produced high number of results/votes in areas affected by insurgency and banditry while in peaceful areas, the votes declared were low. This is aside the high number of cancelled votes resulting in inconclusive elections and extreme violence.  This flawed system is no doubt a recipe for violence and insecurity as witnessed in Kano, Kaduna and Plateau states respectively. Of course, victims of violence would look for arms and money for the next round of elections.

The consequences of the emerging scenario

Increase in number of ungoverned spaces/areas across the country. Nigeria is gradually drifting to a failed state. Very obvious in this regard is the fact that the monopoly of state in the control, ownership and use of the instructions of coercion has been, perhaps, irreversibly broken. Bandits, hoodlums, criminals openly carry weapons. Government even defended the right of Fulani herdsmen, named in 2016 as the one of the top three deadliest terror groups in the world, to bear unofficial arms!