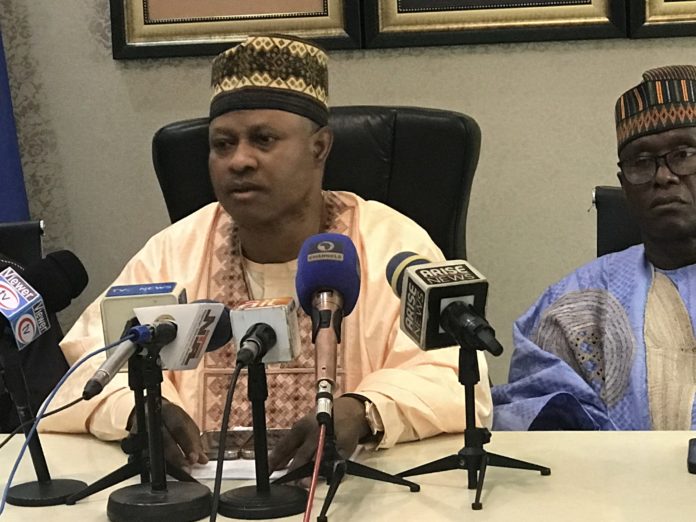 Senator Uba Sani, representing Kaduna Central Senatorial District, has declared his intention to contest for the governorship of Kaduna state in 2023.
Sani made the declaration at the state secretariat of the ruling All Progressives Congress (APC) on Tuesday in Kaduna.
So far, Sani is the only APC governorship aspirant that has publicly declared his intention.
Addressing party leaders and hundreds of supporters at the party secretariat, he praised Governor Nasir El-Rufai for his achievements in Kaduna state.
According to him, El-Rufai has set high standard in Kaduna and any one who succeeds him must have the capacity to sustained and build on the achievements.
Sani said as someone who had worked closely with the governor for over 20 years, he has the capacity to consolidate on the governor’s achievements.
“I stand before you today as a proud member of our great party, the All Progressives Congress and a long standing ally of the pace-setting, innovative and resourceful Governor of Kaduna State, Mallam Nasir El-Rufai.
“Our dynamic governor has changed the face of Kaduna state and made it the
envy of all”, he said.
According to him, El-Rufai’s “transformational leadership and developmental drive has redefined and raised the bar of governance”.
Sani said, the high standards set by the governor, “is both a source of pride and a challenge to we his associates and loyalists…”
He said, “The huge challenge before us is how to sustain and build on Mallam El-Rufai’s legacy of outstanding public service and impact.
“This is because a reversal of
these gains in the post 2023 era will be a huge tragedy.
“Our people have witnessed selfless and impactful leadership and cannot settle for anything less.
“It is for this reason that I am humbly stepping forward to carry the banner of
continuity.”
Speaking further, he said, “I am Mallam El-Rufai’s understudy. I have worked closely with him.
I understand his vision and mission.
“I stand in good stead to sustain his vision and mission.
I am conversant with the developmental challenges of Kaduna State.
“I understand its complexities and possibilities. I have worked very closely with Mallam Nasir El Rufai for over 20 years –
spanning his days at the Bureau of Public Enterprise (BPE), the period he
served as the Minister of the Federal Capital Territory and of course when President Olusegun Obasanjo graciously appointed me his Senior Special Assistant on Public Affairs.
“I benefitted immensely from wise counsels from Mallam El-Rufai, who was at the time a key and highly respected member of
the Obasanjo administration.
“I have remained a key ally of the governor since he assumed office as the governor of Kaduna state.”
Sani said, from a vantage position, “I have, in the last seven years, seen him doggedly, listening and learning from him, I now have a deeper understanding of what it means to sacrificially pilot the affairs of Kaduna State.”