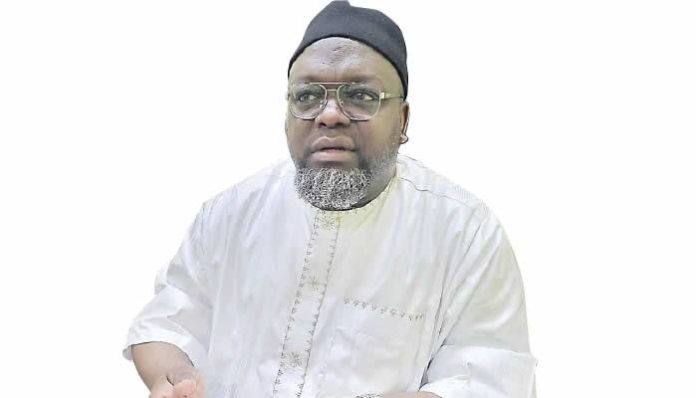 Tukur Mamu, media consultant to Sheikh Ahmad Gumi, a Kaduna based Islamic cleric and negotiator for the released of the abducted Abuja- Kaduna train passengers has been arrested by security operatives in Cairo, Egypt.
It was learnt that Mamu and his family were on their way to Saudi Arabia for lesser hajj when he was arrested in the Egyptian capital.
According to agency reports, he was detained at the Cairo International Airport for 24 hours and was being repatriated back to Nigeria.
Mamu, was said to have left Nigeria on Tuesday.
Mamu had negotiated the release of some victims of the abducted train passengers before he pulled out following alleged attempts to blackmail him.
Those released were said to have paid millions of naira before they were freed by the bandits.
When contacted, Sheikh Gumi, said somebody told him of the incident, adding that he does not have the details of the what happened.
However, the Management of the Desert Herald Newspaper, which is published by Mamu confirmed the arrest, describing it as an attempt to intimidate him.
In a statement on Wednesday by Head, Special Projects, Ibrahim Mada, the management accused the federal government of contriving the arrest, deportation of Mamu from Egypt to Nigeria.
The statement read, “His patriotic mission to ensure the safety of the hapless passengers made him a target of blackmail by unscrupulous elements in the government who are hell bent in punishing him for this noble but dangerous sacrifice for the fatherland.
“Such threats and intimidations have forced him to reveal on a number of times that his life was under serious threat.”