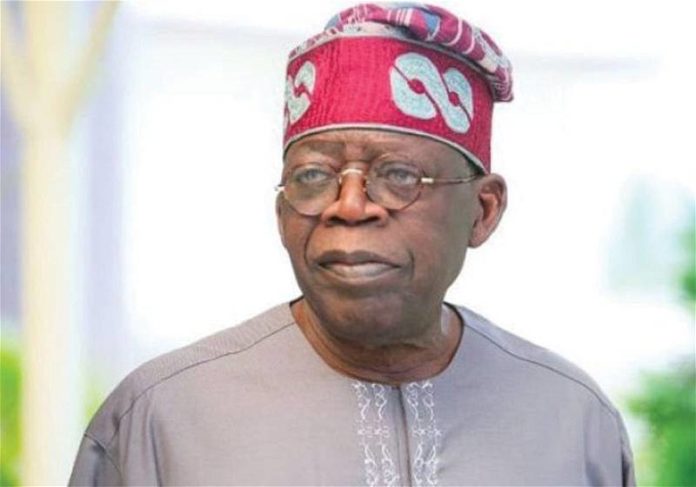 Former governor of Lagos state and Presidential aspirant of the All Progressives Congress (APC), Asiwaju Bola Tinubu has donated N50m to the Kaduna state to rehabilitate and cater for the wellbeing of the victims of the March 28, attack on the Kaduna bound passenger train.
He made the donation on Tuesday when he paid a condolence visit to the Kaduna state governor, Nasir El-Rufai over the attack.
Speaking during the visit, Tinubu said Nigeria is bleeding, stressing that there was the need “to fight terrorism with all our energy and whatever we have.”
He said, “We are facing the current challenges seriously and we have to do more. Nigeria bleeds on behalf of everybody.
“We need to fight the terrorism with all our energy and whatever we have.
“It is not shameful for people to be poor, but it is unacceptable to accept poverty as a norm. It is shameful to be callous, wicked and be a bully or terror to instill fear in humanity and it is not acceptable”.
He said what happened to the passengers on the Abuja- Kaduna train was sad and condemnable.
“I understand that some people are still missing. Innocent people maimed, killed, family suddenly thrown into sorrow it is frustrating. But we must submit to the will of God…
“I am with my entourage to support and pledge that whatever we need to do, we will do to make reasonable contribution to the welfare of the victims.
“I urge Nigerians to contribute to the welfare of the victims either in hospital recovering or in their homes”.
Responding, el-Rufai said, Nigeria is at a critical crossroad and very difficult decisions must be taken to get the right leaders that would “take us out of the multiple quagmires that we are going through.”
According to him, the problems are human challenges and they can be solved by human ingenuity.
“I pray for God to choose who is best for Nigeria, so that we will be the better, united, progressive and exemplary country that is fair and just to everyone”, El-Rufai said
The governor expressed appreciation to Tinubu for cancelling his 70th anniversary colloquium as a mark of honour for the victims of the attack.
He said, “This visit preempted my planned visit to Asiwaju to thank him for solidarity with the people of Kaduna for cancelling his colloquium the day it was to take place.
“This gesture by Asiwaju is a show of powerful leadership, empathy and concern for the lives and property of Nigerians. The government and people of Kaduna state will never forget this gesture.
“We are very grateful to you for service, sacrifice and commitment to the unity and that of our country.
“We appreciate your call for people to contribute to enable us rehabilitate the victims of this tragedy”.
Speaking further, El-Rufai said “we are aware of your aspiration to be president of this country, we look forward to further engagement so that we can progress that aspiration”.
Tinubu later visited the St. Gerard Catholic Hospital, Kaduna to commiserate to with the hospital over the killing of one of its doctors on the train and those admitted in the hospital.
However, he was told that all those who were admitted at the hospital had been discharged