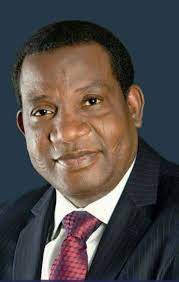 No. You can only begin to appreciate the full extent of the harm Governor Lalong has inflicted on the body and soul of Plateau State when you take a look at the larger, more comprehensive, picture of the current circumstances of the Nigerian state.

To restrict us to the current cutting down and destruction of verdant crops in more than 80 farmlands in Plateau State by people the Lalong government has once again routinely described as ‘criminals’ (and at other times in the past as ‘unknown gunmen’) would be sorely missing the point.

This is because the current pains and agony of the Plateau people are only a crystallization of the perception and attitude of Governor Lalong towards burning issues that have affected Nigerians’ lives for a long time now.

One of such burning national issues is the persistent terrorism of irredentist Fulani herdsmen, of which Plateau State has had an inordinately huge share.

On January 1, 2018, Governor Lalong went on national television to gloat over the massacre of 73 Benue citizens by Fulani herdsmen. He lampooned his Benue State counterpart, Samuel Ortom (whose tears were still fresh from that brutality) for hurting the sensibilities of Fulanin herdsmen by opposing open grazing in the state. Also still in deep mourning, an outraged nation was shocked by such crass insensitivity and squirming cronyism. Proud sons and daughters of Plateau State were overwhelmed with shame.

But Governor Lalong’s intention was to shore up his personal image as a rising star in the house of President Buhari and his extended Fulani family – overlords of the Nigerian state. That marked the morphing of Governor Lalong into what in his own eyes is ‘a true son of the core north’. Later, to further consolidate on that warped thinking, he would vow to lay down his life for President Buhari.

We have deliberately taken this excursion down memory lane in order to, first, trace the misguided trajectory of Governor Lalong’s journey to his current station. Second, to show the slippery ground on which he stands, even with respect to unfolding national events. Then, we can properly locate the on-going atrocities being perpetrated by Fulani herdsmen in Plateau State and the Lalong administration’s traditional penchant to literally wave them aside.

Apart from the core northern part of Nigeria, the governors of almost all the states of the country have openly stood up to boldly tell the truth about the deep wounds Fulani herdsmen’s attacks have inflicted on the overall socio-economic, political and economic development of the country. Even the South West governors who were once among Mr. Buhari’s most vociferous supporters have stood up against him on this score.

Not only did they set up a regional security outfit mainly to counter the expansionist menace of the Fulani herdsmen, they have teamed up with their counterparts in the southern region to ban open grazing. This cooperation cuts across political party, religious and ethnic lines. Governors of the ruling APC and the opposition PDP have with equal zeal, passion and intensity spoken out against and enacted laws to stem the horrendous tide of Fulani expansionism (in the guise of open grazing) threatening Nigerians who do not belong to the Buhari clan.

It is also worthy of note that all the other five geo-political zones of the country have put in place effective zonal groupings with the aim of pursuing common goals that serve the interests of their respective peoples. In fact, it is at this level that most of the policies that have served to counter the activities of the Fulani herdsmen have been fashioned out and concretized. For instance, while strongly working at their respective regional levels, the governors of the South West, South East and South-South have been able to synergize and come up with united positions that have given them a most respectable voice on the national stage.

And for all their conservatism and myopia, the core northern states have equally mobilized themselves in order to leverage more powerfully on the national stage. The North West and North East governors’ forums have been very formidable in the way they have spoken with one voice about the Boko Haram insurgency, the kidnapping, banditry and sundry crimes that are overrunning their areas. This has earned them considerable Federal Government attention and resources.
But what about Governor Lalong’s ancestral North Central Zone? Knowing fully well the strategic importance of the Middle Belt as the buffer zone between the north and the south, the core north’s plan to neutralize it found a most willing and efficient tool in Governor Lalong. Once they realized his disdain for the Middle Belt identity and a penchant for a leadership style that eschews integrity and responsibility, they knew that they had found a most willing accomplice.

Turbaning him as the Chairman of the Northern Governors’ Forum was a deft political move that did not only give him that sense of belonging to the core north he so much craved for but set him up as the elephant in the china shop that is the Middle Belt. If Plateau State, which has been one of the major arteries of the Middle Belt cause, is neutralized, then the core north can have a smooth sail to the south.

Today, governors of the North Central Zone have no coordinated front like their counterparts in other parts of the country. They are in completed disarray because of the hatchet job Governor Lalong is carrying out for the core north. That is why Plateau is one of the few states that has not even taken the preliminary step of speaking out against the evils of open grazing. The Benue State governor who has had the liver to stand up to the core north in this regard is demonized, even attacked by Fulani militia, while Governor Lalong is glorified. The Middle Belt has become an orphan without a formidable political force to champion its cause the way it used to be.

Surely, the calculations of the core north have splendidly added up as Governor Lalong has so far proved to be one of the most divisive factors in the history of the Middle Belt. Worse still, he has become one of the most vocal proponents of the very odious narratives that have underlined the savage rape and despoilation that Plateau State has suffered in the hands of the Caliphate in recent times.

That is why he has, just like Buhari and his kinsmen in the core north, never conceded that it is Fulani herdsmen that have been killing his people in Plateau State, Southern Kaduna and elsewhere in the Middle Belt. That is why he is now saying again that it is ‘criminals’ that have cut down crops and destroyed more than 80 farmlands in Plateau State. He dares not openly agree with the victims who insist that it is indeed Fulani herdsmen that perpetrated these heinous crimes so that he will not incur the wrath of President Buhari and his extended family.

Once again, Governor Lalong has portrayed himself to the world as a leader who has become very adept at evading truth in order to satisfy his overlords who have won the battle over his conscience and integrity. That is why our governor is always speaking with the fearful, hushed, tones of a man weighed down by a conquered mentality.

At best, Governor Lalong will tell you that Fulani herdsmen kill with sophisticated weapons to defend themselves against local farmers who weild AK-47 rifles!