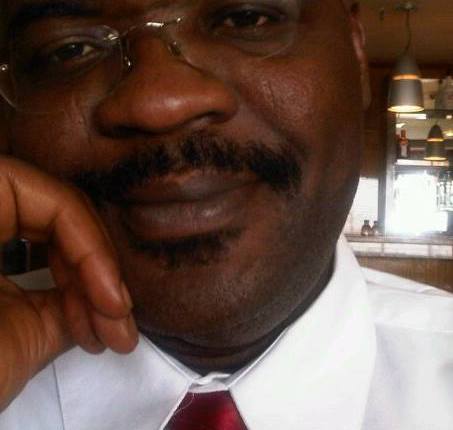 Our nation has entered its harmattan, at a time the season has not reached its own cycle or begun the cyclical journey around itself. The harmattan, as we know it in our part, is that dry and lean period of the year when men, women, plants, and generally nature itself, give in to the hardships the harmattan brings. Amid the hardships though, life always reverts to its state of flux: men and women adjust and readjust as they confront the vicissitudes of the season and of life, caterpillars evolve into butterflies and poor seedlings still push out of the earth. This is what it means to be alive, or to invert the words of the seventeenth century preeminent metaphysical English poet, John Donne, to refuse to have “the bells toll for thee”. Survival is thus the battle against death. Come to think of it, harmattan isn’t about prosperity or growth; it is about surviving tough times, hardships, challenges and difficulties, and showing resilience and perseverance in the face of adversity. There’s beauty in survival, if only we learned to possess our collective worlds together; each linked to the other as we face hardships together. There’s no ambiguity, no ambivalence, no prevarication, only the collective will to power.

Survival is brutal. To stamp the collective will to survive much of the conditions we face is to overcome, like mothers who do not surrender to hunger to keep their hungry children alive; and like fathers who battle to put food on the dinner tables for their families. How about the young in our midst? Though they run between the rock and the hard place, the devil and the deep blue sea, their never-say-die spirit leads them on. Survival battles have their downsides. Those who cannot get ahead resort to cutting corners. Think of the sex industry, the economy of vice and the purchase of good life, the shorthand for what our people describe as “money for hand and back of ground”.

To get ahead, survive our nation’s harmattan is a battle that every citizen is involved in, in different ways. A nation is the voluntary creation of citizens, I wrote in this column a few weeks ago. There can be no nation without the citizens, without the blood that flows through the arteries of citizens, without their sadness, pain, laughter, joy and mirth, and without the love that girths their hearts. When the citizens are insecure, the nation is invariably insecure; when citizens writhe under the weight of despair, the nation is burdened by the very weight that despairs the citizens. Here, the citizens do not assume the name of Ichabod; but they become witnesses to the departure of the nation’s glory. But, the nation faces its own battles, which become the miseries that citizens experience together. When the battles of the nation are legion, the power to cast and bind the axe laid to the nation’s foundation becomes collective. In truth, as citizens find their places of power to get ahead, power gets both atomized and weaponized in small and large holdings. The weak state battles against bandits and terrorists, amid individuals struggling for recognition in that internecine battle that throws the relationship of the master and slave into the equation of power. The agitation for secession becomes the battle in itself. To each his or her own country. The weak and vulnerable who live at the mercy of the high and mighty must then devise means of surviving the onslaughts of power. The battle for survival here is about disempowering oneself through the conscious negation of one’s own power. This is our case at the moment. So, many citizens express their power, only to the extent that the power so expressed allows them to oppress others. Because citizens are not all equal in power, the weak and vulnerable subject themselves to the capricious power of the high and mighty, the powerful. They surrender to the authorial enactments of the most powerful. In that order – the pecking order of power where one is a slave to the master who is above him or her – of surrendering, everyone has the power he or she surrenders to; everyone has his or her cat that catches mice for him or her. Here, there is no self-recognition of their own small power, self-dignity and worth because their humanity has been negated to the point of finiteness.

Truly, our nation faces battles that it alone cannot fight. Citizens who join up together  to fight the powerful forces that seek to overwhelm and destroy the nation must first resolve to strike the balance between recognizing their power to preserve the nation and their sense of identity. The power of recognition is only possible when conscious and active citizens work towards preserving the nation that protects and potentially protects them; and that working towards preserving the nation is the sure way of preserving the nation’s identity and their identities. A nation without citizens who actively seek to protect and preserve it, would only be opened to destruction. How a nation escapes destruction depends largely on how well citizens strike this balance. A nation is not indestructible. Think of Yugoslavia. Doubtless, our nation is weak and fragile, threatened by forces that hold it by the jugular. A nation triumphs when citizens band together against the forces that threaten it. When citizens’ resistance is founded on solidarity and action, the end point of every chain of resistance becomes the starting point of a new collective action, the transcendental purpose for neutralizing and defeating the forces arrayed against the nation and its citizens.

Two weeks ago, our nation entered the frontline of a new battle to defend itself against the enemies of democracy. This battle is not new, and it is also not unusual.

Consider the news report that was emblazoned on the front pages of the dailies: ” APC Senators vote against electronic transmission of elections’ results”. In other words, while our nation dithers at the brink of collapse, the Senators on the platform of the ruling party showed their faces as the enemies of democracy. The ruling party while in opposition disguised itself as the protector and defender of democracy. Like the cancer virus that enters the cell and disguises itself until it becomes a part of the cell, the ruling party disguised itself, created the illusion that it was peopled by men and women with the gift of the gab. In truth, the party is what youths jokingly describe today in our nation as “werey disguised” – folks who beautify the asylum, when they ought to wedge the nation against hurtling down the abyss. Here’s the danger of the actions of the Senators, which to me come down to the following: first, elections become war. Democracy becomes the scene of constant chaos. Those who seize the moment and control the chaos turn elections into the bloody contests of skulls and bones. They end up being victorious. And, by securing victory, amid the uncertainty and chaos, they possess the land and the sky, devour the stars, to borrow from Walt Whitman, and take prisoners as the spoils of war. Second, our “democratic practices” become unsophisticated – as vulgar Lilliputians occupy the highest offices of our nation. Ours becomes a nation of elevated imbeciles, louche, and striptease performers flaunting g-strings and buxom backsides inside the quarters of governance. There’s another danger; the greatest of all: the destruction of democracy, or whatever passes off as democracy at the moment.

Given the way Senators of the ruling party behaved two weeks ago, it is only fair to suggest that they only showed us the title of the tragic drama – whose script lines, acts and scenes they have already mastered – their party intends to act out in 2023. The coming battle is about saving our democracy, which faces imminent death, and surviving this political harmattan we all are in.

Before our democracy is electrocuted by electronic voting….

The guise of strangeness