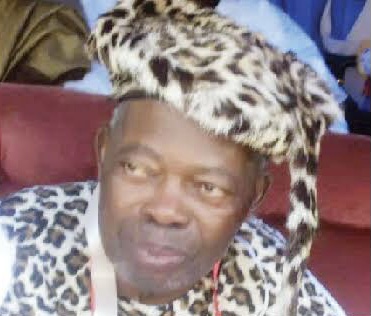 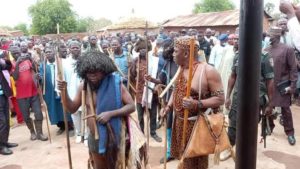 Against this background, General Domkat Bali, GCON, on the 15th April 2014, wrote and withdrew the authority granted to HRH, Ponzhi Zini, Chief Nimnan Langnim to operate the Joint Traditional Council on his behalf. Also, he instructed the appropriate authorities to discontinue his salary, after he discovered that it was still following into his bank account. Six months latter, this development has not been abated, he wrote a reminder threatening that if this ominous practice is not discontinued he was informing his bankers, on the 22nd July 2019 General Bali Rtd, notified his bankers accordingly.
Meanwhile on the 11th April 2017, General Bali, had a course to write a letter of appreciation and commendation to the Governor of Plateau state, when information reached him that the process of resolution of the impasse has come “ with the Tarok Elders and Members of the Langtang Joint Traditional Council on the need to set in motion, the process of selecting a new Ponzhi Tarok, according to him, “that was a commendable innitiative long awaited”.
He affirmed his resignation from the throne reiterating thus, “let me take this opportunity, Your Excellency to reiterate and reaffirm my resignation from the throne. This decision was taken after due consultation and in due regards for my personal health condition. My earlier position communicated to you on this therefore remain irrevocable and irreversible”.
General Yah Bali, expressed his desire for his people stating, “my earnest desire now, and indeed the collective interest of Tarok Nation, is that the vacancy be filled without further delay” He continued, “ I look forward to partaking in the coronation ceremony of my successor”, unfortunately this was never to happen during his life time.
General Domkat Rtd, bored his concerns about the lingering crisis when he lamented that “As a senior Tarok citizen and elder statesman, I am quite worried that this issue has dragged on for this long. The Tarok Nation will remain eternally grateful to you for bringing this matter to closure”. Sadly, his wishes fell on deaf ears while the controversy continue to unfairly trailed his legacies after his passage.
To General Domkat Bali’s greatest chagrin, he observed that his instructions about salary stoppage and other related emoluments as erstwhile Ponzhi Tarok continued to flow into his bank account, on 2nd August 2019, he wrote a stained worded letter to the Plateau State Ministry of Local Government and Chieftaincy Affairs stating that he “was by/through this letter instructing my bankers, to [henceforth], return to sender, any such payments coming from the state or Local Government sources,” he continued, “ I hope my bankers will respect my fiduciary relationship with them and act within the confines of my instructions on this matter”.
When the matter was finally ruled against him, this firm believer in the rule of law, a disciplined officer and gentleman expressed his displeasure when he learnt the Government had appealed against the court ruling, he urged the Governor in yet another letter dated 18th November 2019, to terminate the appeal process so as “to save Tarok Nation further embarrassment and humiliation”
When all his human efforts appears not yielding the desire impact the four star General, Yah Bali, prayed “that God will spare my [his] life to see the final resolution of the matter, as I [he] look forward to partaking in the coronation of my [his] successor”. Painfully, his heart desires and love for his people never materialized before he lost the battle of his life to the infantry of death on the 4th December 2020.
As he continue to rest in peace, the controversy rages on as the selection process has been further stalled with the matter in the Supreme Court. Recent efforts by the Plateau State government to resolve the matter suffered another set back due to lack of commitment and political will to address the crisis. As the people remain without leadership, the land bleeds with different challenges militating against peace and unity of Tarok Nation.
You came, you saw and you conquered but your legacies is unfairly invaded by crisis entrepreneurs for their parochial advantages.
Happy post humorous birthday and rest in peace amen.

Dalung, a lawyer and former Sports Minister, presented this paper as a guest speaker during the public presentation of a book titled, “General Domkat Yah Bali, Ponzhi Tarok Designate…” on February 27, 2022, at Sheraton Hotel, Abuja.