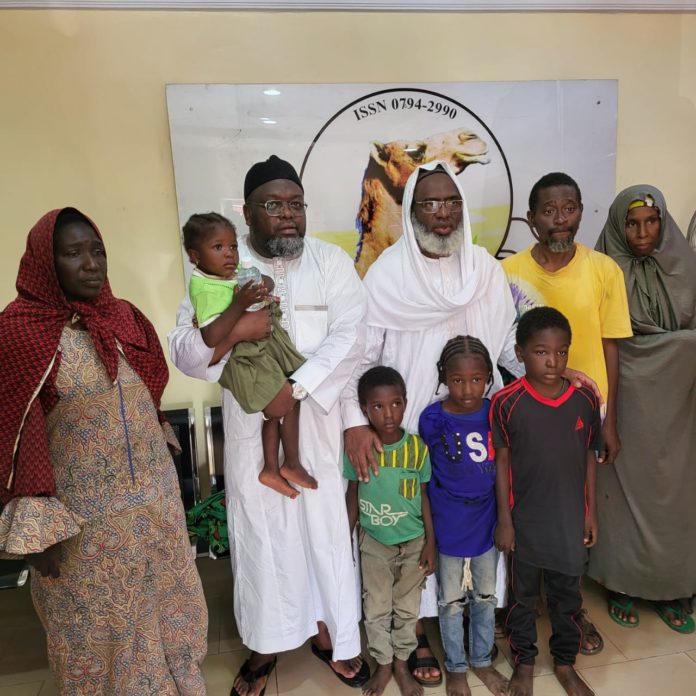 Seven of the remaining 39 abducted passengers of the March 28, Abuja-Kaduna train attack have been freed by the abductors.
Tukur Mamu, Media consultant to Sheikh Ahmad Gumi, a Kaduna based Islamic cleric who has been in the forefront for mediating for the release of the victims, disclosed this in a statement on Wednesday in Kaduna. The statement said a total of seven hostages which include a family of six were released on Wednesday morning.
Five hostages were earlier released on August 2.
With the release of the seven hostages, 32 others are still being held by the terrorists.
The statement said the release of the seven victims which was “due to Gumi’s efforts”, with the support of a serving senator from the north who wish to remain anonymous.
“This is to confirm to the world that due to Sheikh Gumi’s efforts and with the support of a serving Senator from the North, (a God fearing personality that doesn’t have any relationship with the hostages) who chose to remained anonymous that all the family of six have regained their freedom on Wednesday morning”, the statement said.
It added that also released was a 60 year old woman by name Hajia Aisha Hassan who was said to have been freed due to life threatening health challenges.
The state listed the names of the six family members as: Abubakar Idris Garba, his wife, Maryama Abubakar Bobbo, their four children- Ibrahim Abubakar Garba,10, Fatima Abubakar Garba, 7, Imran Abubakar Garba, 5 and the youngest, Zainab Abubakar Garba,1.
The statement said, Abubakar the head of the family, is the son of bed ridden Maj. Gen Idris Garba (rtd), an indigene of Niger state, who served as military dministrator of Kano and Benue states during the military administration of General Ibrahim Babangida.
The statement said, Gumi prayed for the immediate release of the remaining victims and urged government to intensify efforts towards securing their freedom.
He said the delay in releasing the remaining victims is unnecessary adding that their release is possible once the right approach is taken.
The statement did not say whether any ransom was paid.
On March 28, terrorists attacked an Abuja-Kaduna bound passenger train, killing eight people, abducting 62 passengers while many others were injured.
So far, 30 people have been released, while 32 are still being held captive.
Some of those 30 people released were said to have paid N100 million ransom to the terrorists for their freedom.