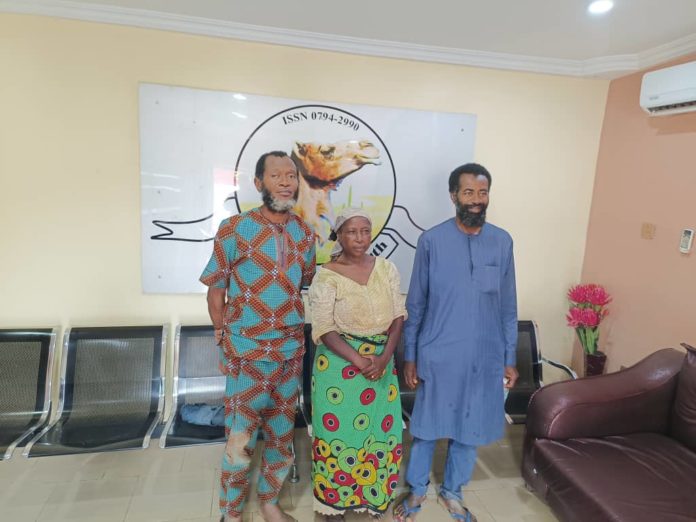 Four of the remaining 43 passengers abducted in the attack Abuja- Kaduna passenger train on March 28, 2022, have been released.
Tukur Mamu, who has been negotiating the release of the victims confirmed their on telephone, saying they were released on Monday.
Mamu did not give details of how they were released, however, he gave the names of the four people released as, Gladys Brumen, Oluwa Toyin Ojo, Hassan Lawan and Pastor Ayodeji Oyewumi.
With the release of the four, leaves 39 others being held in captivity.
On Sunday a viral video trended on the social media showing the terrorists flogging their victims and threatening to abduct President Muhammadu Buhari and Nasir El-Rufai, governor of Kaduna state, among others.
Some of the victims who spoke on in the video, had accused the Federal Government for not doing much to secure their release and had appealed for the intervention of the international community to meet the demands of the terrorists for their freedom.
The terrorists had on March 28, attacked an Abuja-Kaduna bound passenger train, killing eight people, injuring several others while 62 of the passengers were abducted.
So far 23 of the victims have been freed with some of them paying millions of naira as ransom.
Abdulfatai Jimoh, coordinator of relations of the abducted passengers did not respond to telephone calls when contacted.