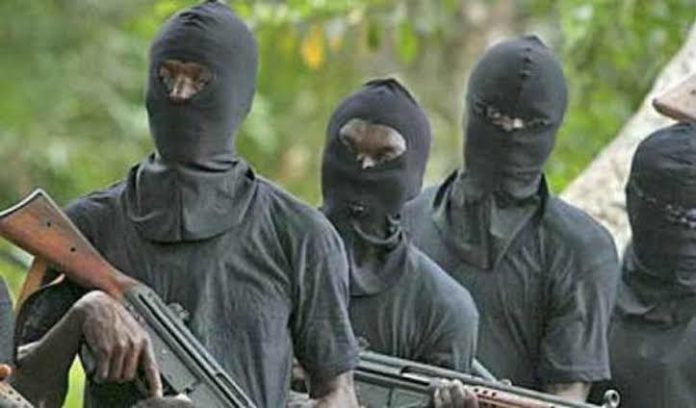 Three people have been reportedly killed by terrorists while 13 others were kidnapped following attacks by terrorists in Birnin Gwari Local Government Area of Kaduna state.  The attacks, according to a statement by Ishaq Kasai, Chairman, Birnin-Gwari Emirate Progressives Union (BEPU) started on Monday when the criminals, in their numbers, invaded Damari town of Kazage Ward at about 6:00pm, killing three people, namely; Hashimu Dan-Daura, Nazifi Adamu and Alhaji Dangude.
“The terrorists bandits operated in the town stylishly unchallenged for about an hour”, the statement said.
According to Kasai, the bandits returned to the community by 6pm the following day (Tuesday) and looted many shops, adding that on their way back to the forests, they abducted 13 people at Hayin-Gada of the same Damari community.
According to the BEPU, “The attacks came after Ansaru members who were considered to be defending the locals deserted the area for about four days now.
“It could be recall that, Ansaru members clashed with the bandits when they earlier invaded the town on 13th July, 2022 where damages were made to the town including burning of private hospital, two vehicles and one shop”.
The statement said, following the series of attacks, residents, especially, women and children have continued to flee the community for safety.
The statement called on the government to address the continued loss of lives and property in the area as a result of the constant invasion by terrorists.