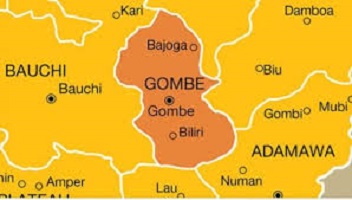 The Tangale Community Development Association (TCDA) has filed a suit challenging the appointment of
Mallam Danladi Sanusi Maishanu, as the “Mai Tangale”, the paramount ruler of the Tangale ethnic nationality in Biliri Local Government Area of Gombe state.
Speaking in an interview with journalists on Friday in Jos, a member of the Board of Trustees (BoT) of the TCDA, Dr. Daniel Maddo, said the suit was filed last week at the state high court in Gombe.
He said the Tangale people had no option than to seek for justice in the court over the glaring injustice by the Gombe state governor, Alhaji Muhammad Yahaya.
Maddo added that he was disappointed with the way the governor handled a such sensitive issue.
The governor had, on March 3, 2021, announced the appointment of Maishanu who was said to have scored 2 votes during the selection process.
The Tangale people had rejected the emergence of Maishanu, accusing the governor of manipulating the selection process.
The kingmakers were said to have selected one Dr. Musa Maiyamba, but the governor appointed Maishanu who was said to have scored two votes.
Prior to the appointment of the Maishanu, a violent protest had erupted in area on February 21, 2021, following delays by the state government in announcing the outcome of the election by the king makers .
Maddo said despite all the agitations, subsequent rejection by Tangale king makers and the people on the controversial appointment of Maishanu, the governor was still adamant.
He said the Tangale people had no option than to file the suit to seek for justice.
According to him, the appointment of Maishanu as the Mai Tangale was in flagrant violation of the newly enacted Chieftaincy laws in Gombe state.
He said the appointment of Maishanu is against the wishes of the people, insisting that the king makers voted in favour of Dr. Musa Maiyamba who got five votes against Maishanu who secured two votes.
“Mallam Danladi Sanusi Maishanu should henceforth, stop parading himself as the Mai Tangale in the interest of peace, tranquility and good governance.
“The Tangale people are peace loving and have decided to approach the judiciary in resolving the issues surrounding the Mai Tangale stool.
“The judiciary has been the last hope of the common man, we hope it will ratify this injustice done to the Tangale people”, Maddo said.
He maintained that going by the provisions of the Gombe State Chieftaincy Laws and the Constitution of the Federal Republic of Nigeria, 1999, Dr. Musa Idris Maiyamba is the duly elected and recognised, 16th Mai Tangale.
He also urged the governor to lift the curfew imposed on Biliri LGA since February 19, 2021, following protests over the selection of the Mai Tangale.
He called on the state government to always use legitimate and constitutionally recognised security agencies to maintain law and order in the state instead of using “Yan Kalare” (hunters) and other illegal vigilante groups.