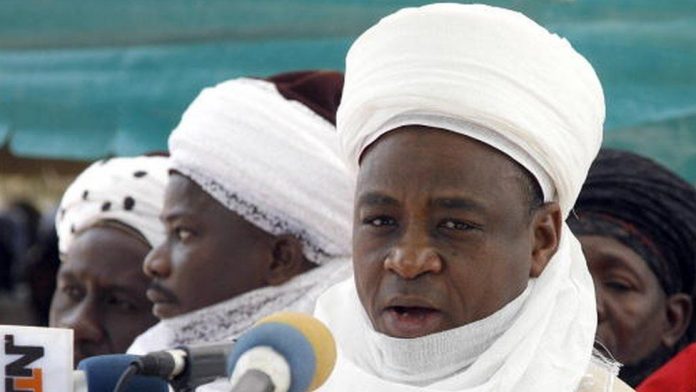 The Sultan of Sokoto, Muhammad Sa’ad Abubakar, has said that too much of talks on the deteriorating security with action will not address the problem.
The sultan spoke on Wednesday at the Special Summit on National Security organised by the House of Representatives in Abuja.
He said things are getting bad, stressing that urgent steps need to be taken to address the situation.
“Now things are really very bad and it’s a fact… Let’s not deceive ourselves that things are alright, things are not alright and we know and we see it.
“For some of us we’ve seen so much in our life. From the time I became Sultan till now, for 11 years plus, we have been having such gatherings to talk about Nigeria, national security, development and so on.
“We have talked and talked, we have talked at Northern Governors Forum level, talked at Nigeria Inter religious Council, where I happened to be the chairman, we have talked and talked”, he said.
The sultan said, “In the last few months we have had serious gatherings like this with the highest leadership of this country.
“Today we are here once again on the same issue of National Security. Enough of this talks, let’s work, let’s work the talk , the more we sit here and talk, the more time we waste in getting real actions .
“We know the problems. I will not say anything here that I have not said in the last seven years.
“We know the problems and I thought we are coming for a closed door programme with the leadership of the House of Representatives and other stakeholders.
“My own take on this summit is yes, it’s important to sit and talk but it’s more important to implement what we talked about. We can’t just continue to talk and not implement.”
He also chided politicians, who according to him, some things in the open and act differently behind closed doors.
”Certain things our leaders do, you say something in public and they clap for you, you go back to your comfort zone and throw everything away.
“That’s why I say whatever you do God is seeing you, and as leaders God will ask us to account for the leadership he gave us here on earth and we must account for our deeds.
“I call on our leaders to fear God, do what’s right, don’t look at ethnic, religious or personal interest while you’re carrying out your duties”, the sultan said.
He also advised the government to regulate the social media, noting that the country can emulate how the use of social media is being controlled in other nations.
“As lawmakers, what do you do about social media? I’m not saying ban social media but regulate it.
“We’ve seen it happen all over the world. Why can’t Nigeria borrow from that? It’s important for us and I hope this seminar will discuss some of these issues and when you’re ready with your decision, call some of us back, like the national council of traditional rulers. We will sit together once more”, he said.
He warned against ethnic and religious profiling in the fight against insecurity in the country.
“It’s high time we put aside ethnic and religious profiling. Stop profiling criminals. Call them by their names.
“No ethnic or religious group will be happy that every day, you are calling his own side of the coin the bad one, even when you know there are good ones that are larger in number,” he said.
“Unless we come together and work for the country to move forward, we will continue having these problems,” he said.