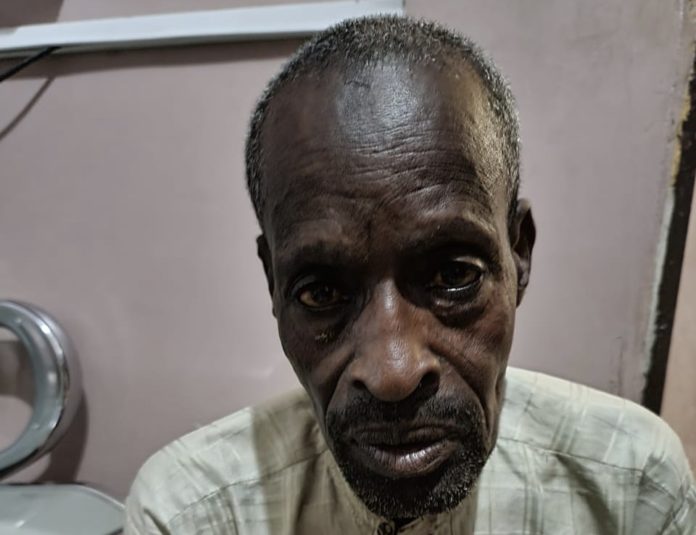 The police in Kaduna says the have arrested Ali Shuaibu, suspected to be one of the Kuje prison escapees.
Mohammad Jalige, spokesman of the command disclosed this in a statement on Monday in Kaduna.
Jalige said, 60 years old Shuaibu, an indigene of Kano state, was apprehended by police operatives on Sunday at about 7:30pm at a location in Kaduna while on transit to Kano following intelligence reports.
On July 5, 2022, terrorists attacked the Kuje prison in the federal capital territory (FCT), freeing over 900 inmates, including suspected members of the Boko Haram insurgents.
The federal government had declared 33 of the inmates wanted with their pictures published in the media.
Jalige said, sequel to directives by Alkali Usman, Inspector General of Police, Yekini Ayoku, Kaduna state police commissioner, ordered all tactical commanders and Divisional Police Officers (DPOs) in the state “to mount purposeful surveillance across all inlets to Kaduna state in response to the Kuje Jail break.
The statement said, “The suspect one Ali Shuaibu 60yrs of age and an indigene of Kano State was apprehended by the Police Operatives at a location in Kaduna, while on transit to Kano based on active intelligence.
“The suspect on preliminary investigation revealed that he is part of the inmates who escaped during the recent attack on the Kuje medium security correctional centre.”
Jalige said, “the Commissioner of Police Kaduna Command Yekini Ayoku, directed that necessary protocols be carried out before handing the suspect over to the Nigerian Correctional Service for proper placement.”
He added that the police commissioner further tasked the police officers not to relent in their effort to effectively tackle all forms of crimes and criminality in all critical areas of the state.