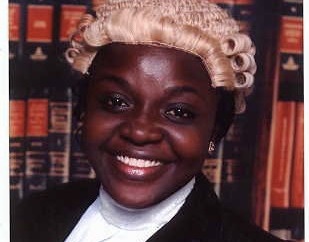 In an open letter to the Governor Nasir El-Rufai of Kaduna state, a human rights activist and Chief Executive Officer (CEO) of the House of Justice, Gloria Mabeiam Ballason says the governor cannot continue to treat the state as a “conquered territory”.

A copy of the letter titled, “You Cannot Continue to Treat Kaduna as a Conquered Territory”, which was made available to AmazingTimes reads:

It is the 2021 Workers Day and you hold the record of throwing out over 60,000 civil servants out of job in Kaduna State. Since your assumption to office as the 22nd  Governor of Kaduna state, you have acted as law unto yourself. Many actions you have taken have had direct negative and sometimes life threatening consequences on the people in terms of employment,security, education or cultural heritage.The actions are too numerous for mention. Here are a few:

In 2016, 13,336 workers who your administration adjudged as ghost workers, were retrenched. Local government treasurers and directors of personnel management were sacked.Typists in the public service were rendered redundant. In Sabon Gari- Zaria, a bomb blast occurred that claimed the lives of at least 25 teachers and wounded 32 others during your imposed verification exercise. A further 36,000 workers, 4,466 traditional rulers, 21,000 teachers, 4,000 local government workers and 8,000 from the state ministries have received marching orders. Civil Servants 50 years and above or at level 14 and above are felled by your sword of damocles while those from level 1-6 are demoted as casual staff.
As though this is not bad enough, you have continued to chase not just ‘ghost workers’ but the ghosts of those who you have rendered jobless by destroying thousands of shops in markets and other business premises.

Your government has led a persistent and gruesome exercise in land grabbing and demolition of private houses and estate. With no consideration for the Rule of Law or legal acquisition for overriding public purpose, vast swathes of lands belonging to citizens and acquired by legitimate processes have been confiscated and forcefully acquired by your government. Houses are demolished in the dead of night or at periods when people cannot even retrieve invaluable documents and possession. You have usurped powers you do not constitutionally possess.You have been law maker, law breaker, persecutor and judge.

Destruction of the Traditional Institutions and Cultural Heritage.

While you make a claim of pursuing peace, you have undermined the traditional institution that has over the years been instrumental in ensuring peace. You have abrogated identities, cultures and cultural life. You have even deluded yourself to have had the power to scrap the Adara chiefdom, adjust boundaries and foisted identities that communities do not identify with. Traditional leaders in Kaduna state have now been stripped of agency and their salaries slashed down and paid when you deem fit.

Education
You made so much song and dance about providing free education in Kaduna state but you have raised school fees from N24,000 to a minimum of N150,000 – a 500% increase capable of creating 75% school drop outs in a state already beleaguered by insecurity and joblessness.

Kaduna state is now the hub of kidnappers. Schools are no longer safe. The roads are not safe. The villages are not safe. The cities are not safe either .The people live in perpetual fear.
In December 2016, you acknowledged paying terrorists to stop the killings, in 2021, you announced you will punish anyone who paid terrorists. Your policy summersaults are gravely concerning as you seem to rule by your whims and caprices.
Your government has become an undertaker- announcing casualties and collecting mangled lifeless bodies of precious children and returning them to inconsolable parents and families. The continuous abduction of the students of the Federal College of Forestry Mechanization and Greenfield University is deeply worrisome. Five students and a staff of the Greenfield University have already been killed. 29 abducted students of the Federal College of Forestry Mechanization are still at large.You have a constitutional and moral obligation to ensure the safe return of each of those students and many other residents who are even now in captivity.
You have so far treated Kaduna state with unbridled power and as your conquered territory. May I remind you that power is transient. The Nigerian Constitution may have guaranteed your immunity today but it will not last forever.

Is June 12 ever going to be possible again?

Tiv Professionals’ Group: If killings persist, Tiv nation will have no choice but to take its destiny into its hands