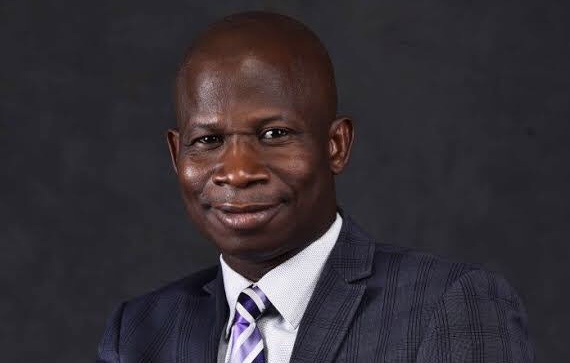 The governorship candidate of the ruling All Progressives Congress (APC) in Kaduna state, Senator Uba Sani, has been asked to nominate Dr. Manzo Daniel Maigari, as his running mate in the 2023 governorship election.
The Coalition of Southern Kaduna APC Volunteer Groups stated this in a statement on Wednesday.
Maigari served as the Commissioner of Agriculture and later Commerce during the first tenure of Governor Nasir el-Rufai’s administration.
The group said the choice of Maigari as running mate will boost the chances of the APC in the election, considering his contributions to the party and achievements when he served as commissioner.
The statement signed by Abeku Audu, Convener of the group, said since the emergence of the APC administration in Kaduna state in 2015, no politician from Southern Kaduna had contributed so much in terms of attracting goodwill and popularity to the party like Maigari.
The state said Maigari is a “rising technocrat of exemplary character” who has equipped himself with verse knowledge in agribusiness and entrepreneurship.
The coalition said, “After painstaking assessment of those aspiring to be running mate to the APC governorship candidate from Southern Kaduna, we have chosen Dr. Manzo Daniel Maigari, a former Commissioner of Agriculture and Commerce under the first tenure of His Excellency, Mallam Nasir Ahmed el-Rufai.
According to the statement, Maigari’s “leadership in the Ministry for Agriculture led to the support of no fewer than 300 Southern Kaduna youths and women with grants, ranging from N1.3 million to N3.2 million to assist them start Agribusinesses.”
It stressed that, “Apart from establishing three commodities Aggregation Centres to boost Agribusiness in the State, no fewer than 252 Southern Kaduna youths were recruited as Forest Rangers”.
Audu said, “As Commissioner of Commerce, he upgraded the 24 BATCs to Community Skills Development Centres in Kaduna State and fully equipped them for optimal use.”
The statement said Maigari remains an unbeatable candidate for nomination for the choice of running mate to the APC flag bearer.
According to him, Maigari is an exceptional political asset that must be deployed to defeat the Peoples Democratic Party (PDP) in the forthcoming general elections in 2023.
The group said, Maigari’s “greatest strength is in his humanist disposition and rallying developing partners for several interventions to the Ginger value chain in which no fewer than 75,000 youths and women in southern Kaduna were supported with credit facilities and inputs, including creating 60,000 jobs under the supervision of his company, AgroLog Limited.
“As the Chairman of Greysoft Technologies, the former commissioner has been an advocate of IT skills to confront challenges of the future.
“To demonstrate his concern for the people, in February 2022, through the Corporate Social Responsibility (CSR) of his company, he donated relief materials to no fewer than 10,000 IDP families in the state, especially in Southern Kaduna, including supporting them with ginger seeds and other inputs for economic recovery.
“As a group, we have not consulted with Dr. Maigari on the need to throw his hat in the ring, but we are calling on leaders of APC, especially from Southern Kaduna, to present this Veterinary Doctor and accomplished technocrat to be nominated to serve as a running mate as he is an invaluable asset to not only Southern Kaduna but also the state and the country in general.”