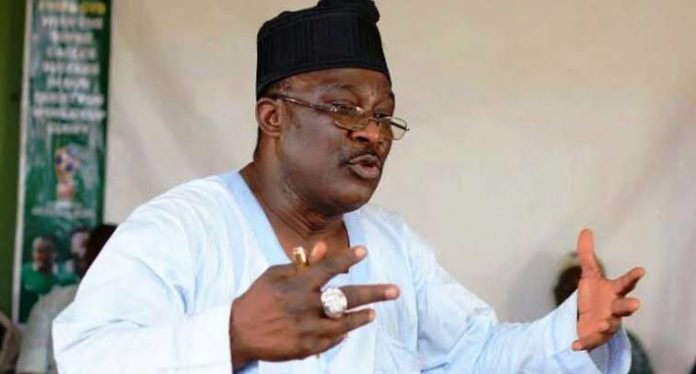 The senator representing Kogi west, Smart Adeyemi, has disclosed that he is proposing a bill to prohibit the nomination of same faith presidential ticket.
If passed into law, a presidential candidate would not be able to choose a running mate who shares the same religious affiliation after the 2023 elections.
Speaking on Sunday at a media briefing in Abuja, Adeyemi said the bill is seeking to amend the electoral act.
Bola Tinubu, presidential candidate of the All Progressives Congress (APC), and Kashim Shettima, his running mate, are both Muslims.
The Muslim-Muslim ticket has since drawn criticism, including from members of the party.
“I hereby propose an amendment of section 84 of the Electoral Act 2022 by inserting a new sub-section 3.
“When this is accommodated, it will serve as a guide against any oversight such as this in the future, as further occurrences will be deemed as silent policies which will be capable of bringing down the fabrics of the nation”, Adeyemi said.
He added that for him as a statesman, he owe myself the responsibility to speak the truth at all times, irrespective of mischievous misinterpretations.
He said although he supports Tinubu and Shettima ticket, the concerns raised by the Christian Association of Nigeria (CAN) on the Muslim-Muslim ticket is valid.
“But we must not confront these issues in such a manner that will obstruct the fabric of our national unity, peace and stability which we have all fought very hard to keep.
“Yes, there have been oversights in key appointments in the past, which tends to keep the Christians at a disadvantage and this has caused apprehension amongst us.
“However, let us, in unity of faith in our nation and above all, in the almighty God, give our support to the APC presidential and vice-presidential candidates to pilot the affairs of our nation within the stipulated time”, Adeyemi said.