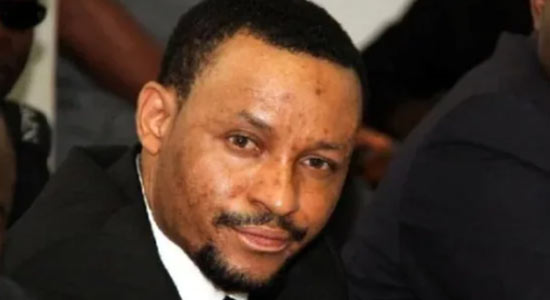 The senate has ordered for investigation into the alleged assault on Clement Sagwak by the Chairman of the Code of Conduct Tribunal (CCT), Mr. Danladi Umar.
The CCT Chairman was caught on video as he stepped out of his car at Banex Plaza, Wuse 2, Abuja, appearing to hit Sagwak a security guard who had told him his vehicle was parked in the wrong space.
Sagwak, who is from Plateau state had petitioned the senate through Senator Istifanus Gyang, representing Plateau North Senatorial District.
Reading the petition before the senate on Tuesday, Gyang said Sagwak was seeking justice for the assault he suffered in the hands of Umar in the cause of performing his duties.
Gyang said the petitioner alleged that the CCT chairman assaulted him, asked him to kneel down and also slapped him.
Senate President Ahmad Lawan, directed the Senate Committee on Ethics and Public Petitions headed by Ayo Akinyelure to investigate the matter and report back in four weeks.