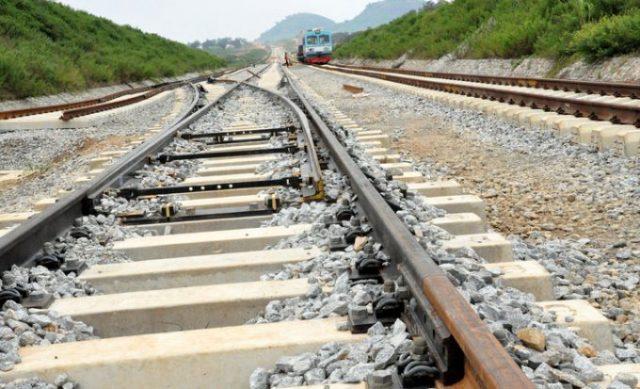 By Samuel Vincent in Abuja

The Senate has called on the Nigeria police, the Nigerian Security and Civil Defense Corps (NSCDC) and other security agencies to arrest and prosecute all those involved in the vandalization of rail lines across the country.
It also urged security agencies to collaborate with the Ministry Interior to work out modalities for regular patrol and surveillance of all rail tracks within the country and to engage the services of local security guards where necessary.
These resolutions were sequel to a motion sponsored by Senator Buhari Abdulfatai
on the urgent need to curb the dismantling of the standard/narrow guage rail lines by criminal elements.
Leading the debate on the motion, Abdulfatai urged the police to prosecute vandals for economic sabotage adding that the courts should impose maximum punishment without option of fine for such offence.
Contributing to the motion, Senator Adamu Aliero described the action of the vandals as “economic sabotage” which should be taken seriously given the fact that the monies used in building the rails were loans sourced from China.
“This is criminal and we should take it very seriously. It is modern economic sabotage.
“Huge sums of monies were borrowed from China and these vandals are going all out to destroy this infrastructure. We should take it very seriously,” he said.
Also speaking on the motion, Senator Biodun Olujimi, noted that photos available on social media shows that the vandals are youths – the same people who would need the infrastructure in the future.
He said, in a country where critical infrastructure such a rail have been the bane of economic development, the nation would not allow people who careless about the future to “ruin our collective future”.
“In a country where we have been crying for infrastructural development to now find out that some people vandalize rail lines is most unfortunate. Most of the people that were photographed on social media are in their early 20s, 30s and 40s.
“The people who would need this in the future want to remove the future from now. “There has to be capital punishment attached to this. We can’t just allow people who don’t think about the future to come and destroy our future”, she said.
Ruling on the motion, President of the Senate, Ahmad Lawan, stressed that the upper legislature will take special interest in the arrest and prosecution of the vandals because of the inadequacies of the Nigerian Court system.
“This is criminal and we must take interest in those that were caught. We need to follow the trial of the prosecution. We borrowed money to build these rail lines in order to increase the level of infrastructure in our country.
“We must be interested in what happens to these people because our Courts also have problems. There must be a visible example,” he said.