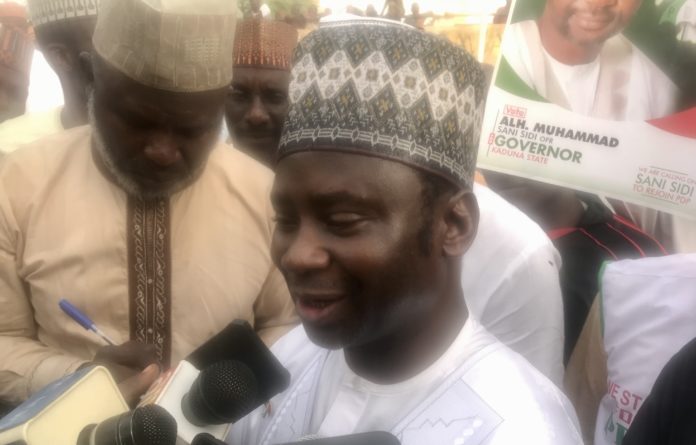 Former Director General of the National Emergency Management Agency (NEMA), Sani Sidi has returned to the Peoples Democratic Party (PDP).
Sidi decamped to the ruling All Progressives Congress (APC) in Kaduna state after he lost the PDP governorship ticket to Isa Ashiru in 2019.
The former NEMA DG, was re-issued with the PDP member card at his Anguwan Sarki ward, Kaduna North Local Government Area within the metropolis on Friday.
Speaking in an interview shortly after collecting his membership card, Sidi described his return to the PDP as home coming.
Sidi who is said to be nursing a governorship ambition said he will consult widely before taking a decision on whether or not to run for the governorship.
He said his supporters will soon join the PDP and called for unity among members of the party to ensure its success in the 2023 general elections.