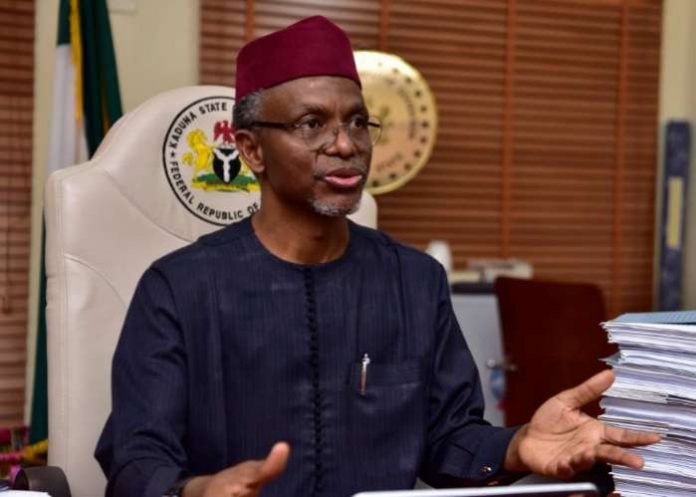 The Kaduna state chapter of the Nigerian Labour Congress (NLC), has accused Governor Nasir El-Rufai for sacking workers at a time when Nigerians are facing excruciating hardship and increasing insecurity.
The NLC also dismissed the reasons given by the state government for the sacking of thousands of workers, saying that it is not telling the truth about its finances.
In an exclusive interview with AmazingTimes on Thursday in Kaduna, the state Chairman of the NLC, Comrade Ayuba Suleiman, said the state government was insensitive to the current economic hardship facing the people.
The state government had attributed dwindling finances and high wage bill as the reason for pruning down its workforce. Muyiwa Adekeye, spokesman to Governor Nasir El-Rufai, had in a statement on Monday, maintained that “government finances have been severely stretched by higher wage bills at a time when revenues from the Federation Account Allocations Committee (FAAC) have not increased.”Adekeye had stated further that what the government has been receiving from FAAC since the middle of 2020, can barely pay salaries and overheads.
He said, “In November 2020, only received N4.83 billion from the federation account and after paying a wage bill of N4.66 billion, the government was left with only N162.9 million.
However, Suleiman,maintained that “the reasons for sacking workers is because the government said people must have diploma certificates.”
“That is the reason they gave for this latest disengagement of workers, it is not about redundancy”, the NLC chairman added.
According to him, the state government was not being truthful about its earnings.
He said, “Kaduna state is earning about N4.8 billion monthly from the federation account.
“Our salary bill as I am talking to you is N3.6 billion and 36 per cent (N1.296 billion) of this amount is spent on the payment of political appointees.”
He stated further that, besides, the allocation from the federation account, the state government claimed to be generating N4 billion IGR monthly.
“Equally, there are internal and external grants coming to the the state. Summing all these incomes per month, I don’t think N3.6 billion will be an issue against almost about N10 billion.
“So there is no justification for sacking workers”, the labour leader said.
According to him, “In 2016, the government sacked 21,700 school teachers and recruited a number of teachers to replace those sacked.
“They also sacked 5,000 workers at the Local Government level and disengaged over 3,000 civil servants.
“Now they are disengaging about 4,000 at the Local Government level.
“It is equally not true that workers are redundant. They make redundancy as one of their reasons for taking off 5,000 workers out of 11,000 work force.”
He said the state government came up with a policy that all Local Governments in the state must not have more than 200 workers, stressing that the issues of redundancy was addressed since 2016.
“What is happening now is that, through the state House of Assembly, the state government enacted a law that no Local Government should generate revenue, so Local governments are not collecting revenue which is against the constitution”, he said
Suleiman argued that constitutionally, revenues from markets and motor parks are meant for the Local governments to be collected, “but the state government enacted a law through the state assembly, called ‘revenue codification’ and they stop Local governments from collecting revenue.”
He said that he “reasons for sacking workers is because the government said people must have a diploma.
“That is the reason they gave for this latest disengagement of workers, it is not about redundancy”.
“How does could cleaners or messengers be sacked for not possessing diploma certificates!
“We are in an emergency, you can’t contemplate taking people out of their source of livelihood hood.
“With the economic situation in the country, you can’t throw people back to poverty.
“With the security challenges we are having, you disengage 3,000 workers and you want them to go and eat sand? They must feed their families.
“So we are insisting that the situation we are in now, is never conducive for anyone to be disengaged.
“Government cannot say it does not have enough money, they are generating revenue on behalf of Local governments? “The subvention from the federal allocation will cater for all civil servants including political appointees”.
He said, the N4 billion being generated monthly from IGR by the government is meant for capital projects.
He added that the state government had obtained foreign and internal loans, especially, the loan that was rejected by Kaduna state senators in 2018 which are being spent on projects, saying “there is no basis for sacking workers on a flimsy excuse of overstretched funds and high wage bill”.