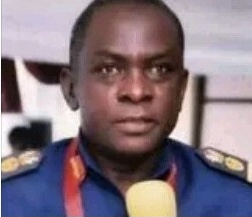 A retired Airforce officer, Air Vice Marshall Muhammad Maisaka, has been killed by gunmen at his residence in Ragasa, a suburb of Kaduna metropolis, Igabi Local Government Area.
Maisaka who is said to be the proprietor of MSK Hospital Rigasa, was shot to death in the early hours of Tuesday at his Makarfi Road residence by unknown gunmen. Confirming the incident, the spokesman of the Kaduna State Police Command, Mohammed Jalige, said the retired Airforce officer was killed in the early hours of Tuesday when unknown gunmen invaded his residence.
He added that the security guard of the deceased was also injured during the attack and was taken to the hospital.
Jalige said, “When the information was received; the Commissioner of Police, Mr. Mudassiru Abdullah, directed the Divisional Police Officer and the Area Commander to the scene.
“The corpse has been evacuated to the hospital and the gateman has also been rushed to the hospital for treatment.
Details of the incident would be made available soon”.
Jalige called on residents of the area to assist the police with useful and timely information that could lead to the arrest of the criminals.
Igabi LGA, is among the areas where telecoms services had been shutdown by the Kaduna state government as part of strategies to tackle bandits and kidnappers.