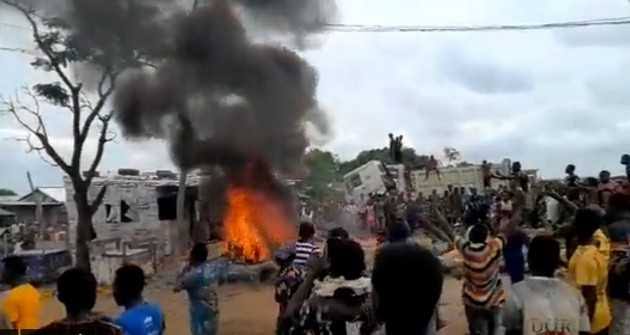 A member of a vigilante group in Lugbe area of Abuja, Ahmad Usman, a Muslim, was killed on Saturday afternoon for alleged blasphemy.
Musa, 30, was accused of insulting Prophet Muhammad while arresting offenders of market regulations.
It was learnt that the deceased was a member of the security group guarding the Timber market at the Federal Housing Estate, Lugbe.
A mob was said to have descended on him when he said that the he will not release one of those arrested, “even if God comes down”.
The mob was said to have beaten him to pulp before stoning him and subsequently setting him on fire.
On May 12, Deborah Emmanuel, a student of Shehu Shagari College of Education, Sokoto, was killed in a similar manner over alleged blasphemy.