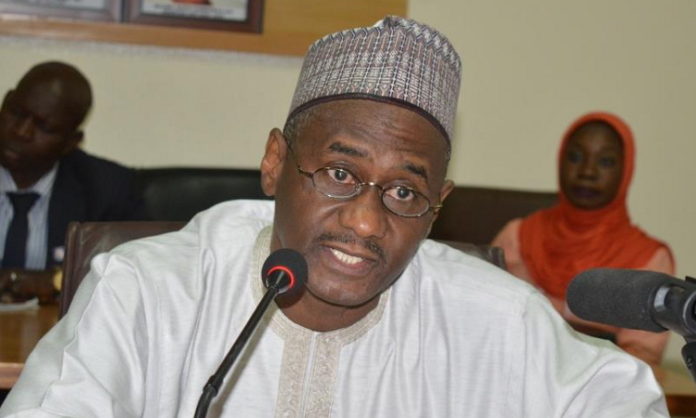 A former Executive Secretary of the National Health Insurance Scheme (NHIS), Prof. Usman Yusuf asked the federal government to go after the bandits who abducted students of the Greenfield University, Kaduna and recovered the N180m paid by parents for the release of the students.
The 17 students including a staff of the university were released by the kidnappers on Saturday, after being held in captivity for 40 days.
They were abducted on April 20, at about 8:30 pm when the bandits invaded the school.
Five of the students were killed few days after their abduction, while negotiations were still going on.
The parents said they paid N180m before their children were set free.
Usman was among those that accompanied Shiekh Ahmad Gumi, the Kaduna based islamic cleric that visited the bandits in their forests in Kaduna, Katsina and Zamfara states.
Featuring on an interview programme on Sunday on Arise Television, Yusuf said “it is shameful that such thing is happening in a country with security forces.”
He said the government should compensate the parents of the students and recover such huge amount from the bandits.
According to him, the Gumi/ Obasanjo initiative who facilitated the release of the 27 abducted students of the Federal College of Forestry Mechanization, Afaka, Kaduna, made efforts to intervene in the release of the students of the Greenfield University, but was not involved in the negotiations that led to the payment of ransom.
Gumi/Obasanjo initiative had no idea about payment of ransom and it was not involved in payment of ransom by parents.
Yusuf said: “Whoever finds himself in this situation will do everything possible to get his love one out.
“We are into this because government has failed…For families to gather N180million and give to criminal in a country with security agencies without being arrested, is a shame.
“What do they do with the money? To go and buy arms? It is shameful for the government in a country that has full armed forces to allow this.
“My call is that the federal government should compensate these families fully and go after these bandits and get this money back.
“And the governor of Kaduna , Mallam Nasir El-Rufai, said he will not negotiate, but he has not told us what to do.
“Schools are not safe and the governor is doing nothing. I heard the House of Representatives is making a law that whoever pays ransom will be prosecuted.
“What is happening to our leadership? They are out of touch with reality.
“The parents of these children have sold all they got to raise
N185m, to secure the release of their children, I have never seen that kind of money in my life!
“Government should go after these criminals. We are hearing all these because it is getting closer to the cities.
“This is what our folks in the rural areas go through everyday, selling all they got to pay ransom.
Government has failed in protecting the people.”