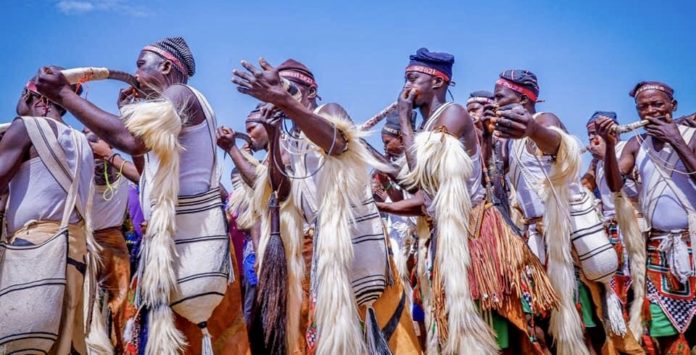 Pusdung is the annual cultural festival of the Ngas ethnic nationality in Pankshin and Kanke Local Government Areas of Plateau state.
The festival was initiated in 1988 to promote the rich cultural and traditions of the Ngas nation. The event is always held at Nefur arena in Pankshin, the headquarters of Ngas people.
Besides, cultural display, the event also afford the people the opportunity to take stock of the development challenges and chart the way forward to address them.
Over the years, the festival has become an important event, attracting people within and Plateau state and across the country. This years festival held on Saturday, April 30, 2022 at Nefur Arena, Pankshin.
In attendance were the Plateau state governor, Simon Lalong, among many important dignitaries who were received by prominent sons and daughters of the Ngas nation.

Below are faces of dignitaries at the event: 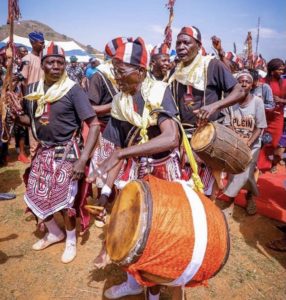