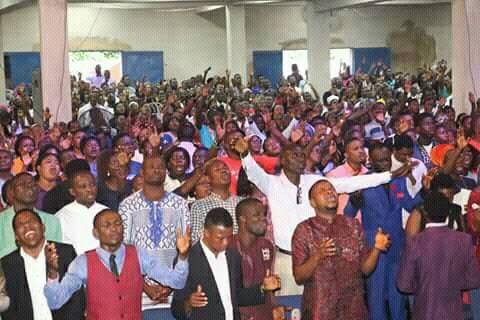 On their way to the promise land, the leaders of Israel decided to send a team of spies to check out the land they were to take over.
They sent out twelve spies, one from each of the twelve tribes. And the spies got back after performing their duties with two reports.
The first report drafted by a very large majority said that the land was good, but had giants that would not let them arrive at where God wanted them to go.
That was majority report and we all know that the majority is not always right. It said that the children of Israel were like grasshoppers before there enemies.
Their choice meant that they should remain where they were or simply go back to Egypt.
In the church today, among Christians, we have taken on their identity of a grasshopper; we have concluded that we are minorities, we don’t have money and we don’t have what it takes to succeed.
We believe that we don’t have what others have and that other people are bigger than us and, so we have remained in our comfort zones.
Today, I want to go to the Bible to show you that it is important that you remove the grasshopper mentality from your hearts if you want to move forward.
Genesis Chapter One, verse 26 -30 (NIV) reads:
26 Then God said, “Let us make mankind in our image, in our likeness, so that they may rule over the fish in the sea and the birds in the sky, over the livestock and all the wild animals,[a] and over all the creatures that move along the ground.”
27 So God created mankind in his own image, in the image of God he created them; male and female he created them.
28 God blessed them and said to them, “Be fruitful and increase in number; fill the earth and subdue it. Rule over the fish in the sea and the birds in the sky and over every living creature that moves on the ground.”
29 Then God said, “I give you every seed-bearing plant on the face of the whole earth and every tree that has fruit with seed in it. They will be yours for food.
30 And to all the beasts of the earth and all the birds in the sky and all the creatures that move along the ground—everything that has the breath of life in it—I give every green plant for food.” And it was so.
I want to tell you that from the beginning God created you in his image. If you want to see how God looks like, look at the mirror and you will see yourself, wonderfully and fearfully made in his image.
Secondly, you need to know yourself and your identity. Your identity is that God who created you in his image and breathe his life into you.
Your very breath comes from God. His life is in you. Somewhere in the New Testament, one of the apostles, told believers that God lives in them and they live in God. This, I believe is the reason he also gave you dominion over everything that moves on earth, in the sea and in the air. God’s intention has been for you to dominate the earth.
After the destruction of the earth by the flood, God renewed this promise to Noah turned this promise into a binding covenant with Abraham.
Of course, sin came into the world and there was a period of silence that God did not speak to man, according Bible scholars.
The gulf that existed between man and God could not be removed by the efforts of man. Our righteousness, the Bible says, are like filthy rags.
By our efforts we could not reach God and God himself had to initiate the reconciliation.
He sent down, his only begotten son to die on the cross, to become the propitiator for our sins. Christ that did not know sin became sin so that we sinners could become the righteousness of God.
On the cross of calvary everything that had been committed by us were paid for by Christ. It was a lasting a payment that we cannot exhaust; the payment is so big that no matter how far you have gone in your sin, no matter how far you have moved away from him, he is still waiting for you to come to him.
That payment was for reconciliation with God and for restoration of all the promises and covenants of God with man.
His mercies flows forever and his mercies don’t come to an end. When you become a Christian, you are now sinless you because of Christ and all the promises that God made to Adam and Abraham are yours for the taking!
That is who you are in Christ. You are not a slave to sin. Christ took away the sins that made you a slave.
John Chapter 10 V9-10:
9. I am the gate; whoever enters through me will be saved.[a] They will come in and go out, and find pasture.
10. The thief comes only to steal and kill and destroy; I have come that they may have life, and have it to the full.
What is John saying? In my understanding, the salvation God gave us through Christ, is not just so that we can go to church to sing, and pray. What does abundant life mean for us if we are living in poverty?

Conclusion
My job today is simple. Number one, you must remember that the grasshopper mentality is not ours.
We are a victorious and an overcoming church. Christ is not coming back for a church that is living in fear.
He is coming back for people that are as bold as a lion. People that are going to the enemies’ gate and camps to possess the land.

A presentation by Rimamnde Shawulu Kwewum, at the Political and Economic Summit, organised by the
Youth Wing of the Christian Association of Nigeria (Youth CAN), which held ECWA Goodnews, Minna, Niger State on June 5, 2021.