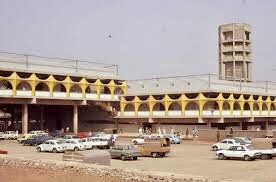 Obadiah Tohomdet presents his perspective on the raging controversy over the involvement of Jaiz bank in the rebuilding of the Jos main market, Plateau state.

There has been so much uproar unleashed on the national scene concerning the sponsorship of the rebuilding of Jos Main Market, Plateau State by Interest-free Jaiz Bank. Jaiz is the first Islamic Bank to start operation in Nigeria. This might be the reason its operations are still unclear in Nigeria.
Jaiz means permissible, admissible, proper, right. lawful, legal, just, valid, authorized, allowable, permitted, possible. Of course, these terms are subject to interpretation by whoever.
Jaiz Bank has been operational in Nigeria since 2012 under Islamic Banking. Though the Bank’s strategic business focus is mainly on retail banking, Jaiz nevertheless offers corporate and commercial banking services.
Jaiz Bank Plc is therefore a financial services institution providing Islamic non-interest banking services for retail, commercial and corporate sectors in Nigeria.
Please note that Islamic banking is an interest free banking system and is governed by the principles laid down by Islamic Sharia’h.
Countries such as Malaysia, Indonesia, Bangladesh, Jordan, Egypt and Turkey operate their financial institutions based on interest-free principles alongside conventional banks. Meanwhile, Islamic Banking operates in about 70 countries of the world and providing services to interested customers.
It is interesting to note that even in Saudi Arabian banking market, only four among the 12 local licensed banks are considered to be pure Islamic banks or fully-fledged sharia–compliant Banks. Interest Rate in Saudi Arabia averaged 3.48 percent from 1992 until 2022, reaching an all-time high of 7 percent in May of 2000.
Jaiz Bank is a financial institution in Nigeria operating under Islamic Banking Principles.
Though none-interest by design, it is however not a humanitarian Bank or “soup kitchen.” There are rules of course. You cannot walk into the bank cup-in hand and expect to walk out with wads of naira notes or dollars without terms or collaterals.
Jaiz has a variety of loans available to customers to leverage on but the one in contention in Plateau state now seems to be the Project Financing/Constructing Loan. Under this option, you make a request, and they will agree to construct and sell the project to you at a cost-plus profit margin.
This is where the controversy on interest free-ness of Islamic banking comes into question. Infact, many Islamic scholars and intellectuals have kicked and are still kicking against the concept of interest-free banking.
Scholars like Shiekh Assim Al Hakeem and Shaykh Haitham Al Haddad are known to have asserted that as long as there is profit making in the system, then the Interest-Free claim is an oxymoron.
Shaykh Haitham, in particular, feels that Islamic Banking is heavily influenced by ideology rather than the need to help the poor.
In the first place, the business must be profitable and with good credit history to attract the Bank’s loans.
The truth is that Islamic banking is about advancing Islamic objectives. And Jaiz Bank is unashamedly committed to being:
• 100% Shari’ah compliant
• Highly ethical, with best practice corporate governance and sound risk management framework.
• Proactive and innovative towards customer’s needs
• Best-practice operations and functional framework
• Customer-Centric
• Socially responsible
• Fair to all Stakeholders
The Bank also shows on its website that it will not be
• Religious bias
• Offer all things to all people
• Mediocre performer
• Imitate other banks
• Sacrifice Shari’ah principles for profit.
Jaiz is a non-interest Bank but makes profit. The institution was founded in 2003, as Jaiz International Plc. On 11 November 2011, Jaiz International received a license from the Central Bank of Nigeria,to operate as a regional bank.
On 6 January 2012, the institution commenced business as Jaiz Bank Plc in offices and branches in Abuja, Kaduna and Kano under the chairmanship of Alhaji (Dr) Umaru Abdul Mutallab(CON). All members of the Board of Directors of Jaiz Bank are Muslims though people of other religious persuasions can patronize the Bank as customers.
The Non-Interest Bank, which offers almost all the services of conventional banks actually says on its website that it is an alternative financial service offering that is open to all, irrespective of race or religion based on the ethical principles of fairness, transparency and objectivity.
The catch here is that Islamic Banks do not give or receive interest, nor finance anything that is harmful to the society like alcohol, tobacco, gambling etc.
These objectives seemingly look harmless. However, on the Jos Market controversy, many people are picking holes in the sharing arrangement of the market stalls (60 for Jaiz and 40 % for Plateau) for a period of 40 years. I suspect that the controversy is not really about the stalls but the hidden charges – the fear of an Islamic agenda considering the sharia-compliance of the Bank. In a state which is about 95 % Christians, such concerns might, no doubt, influence business transactions.
The Plateau State Government and Jaiz Bank did not do their due diligence as well as effective strategy on upstream communication, especially stakeholder engagement/consultation at the inception of the loan.
It therefore seems like negotiation by stealth as well as forcing a crunch of razor blades down the throats of Plateau people who are already upbeat on so many fronts and issues.
Actually, a recent research conducted by some Islamic scholars based in Turkey and Malaysia has so far shown that there are still negative perceptions and skepticism about Islamic Banking among non-Muslims in Nigeria.
In this age of enlightenment, who can allay the fears of Plateau people on the hidden consequences of this financial transaction with Jaiz Bank which operates under the Islamic interest-free banking principles?
Please, quickly step forward for recognition.

Credit: The article was lifted from Tohomdet’s Facebook page.
The headline is slidely modified.

Reflecting on the 2019 election results and the Southern Kaduna factor

The Jos massacre of travelers: Let the truth be told – by Irigwe Development Association