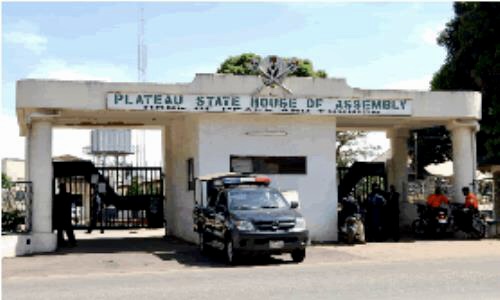 The Plateau State House of Assembly has declared the seat of its former speaker, Abok Ayuba, vacant following his recent defection from the ruling All Progressives Congress (APC) to the Peoples Democratic Party (PDP).
Ayuba who was elected on the platform of the APC to represent Jos East constituency, decamped to the PDP last week.
The former speaker’s seat was declared vacant on Tuesday during the plenary which held at the old government house Jos- the temporary chambers of the house.
The plenary was presided by the speaker, Sanda Ayuba.
Similarly, the house also declared the seat of the member representing Rukuba/Irigwe constituency, Musa Agah, of the PDP vacant, following his victory at the Jos North/Bassa Federal Constituency bye election on February 26, 2022.
A federal high court sitting in Abuja, had on Tuesday, sacked 20 members of the Cross River state house of assembly for defecting from the PDP to the APC.
Ruling on the case, Justice Taiwo Taiwo, the presiding judge, held that the lawmakers should vacate their seats, having abandoned the political party that sponsored them to power.