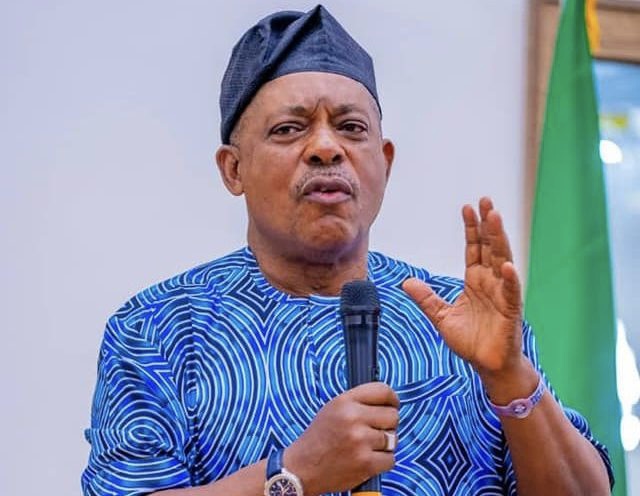 Some members of the Peoples Democratic Party (PDP), under the umbrella of “PDP Frontliners” have asked the National Chairman of the party, Chief Uche Secondus to resign .
Addressing a news conference on Sunday in Kaduna, leader of the group, Alhaji Hussein Mohammed, said with the gale of defection rocking the PDP, the most honourable thing for Secondus to do is to resign so as to pave way for reconciliation and make the party vibrant.
“With the loss of both 2015 and 2019 national elections, fewer PDP members in the National Assembly than we had in 2015 as well as a hellacious gale of defections, it would be a most honourable sacrifice for Mr. Uche Secondus to leave office now and thereby help foster better reconciliation processes”, the group said.
According to the group, Secondus “has never proven to have any capacity for being a political war general…” The group while expressing appreciation to Secondus for his contributions to the party, stated however that, in the face of current realities, “he needs to rethink his insistence on the continued leadership of the PDP”.
“He should also consider public repudiation of alleged moves to lobby some party leaders for an extension of his tenure,” the group said.
Mohammed said his group is “determined to see a vibrant, tactical and visionary leadership in the PDP towards putting an end to the pain, miseries and colossal disappointment that APC foisted on Nigeria in spite of massive propaganda and utopian promises made in 2015.”
According to him “the Secondus leadership has not taken real advantage of the ruling APC’ s glaring errors and inadequacies towards enabling PDP to gain traction in the consciousness of ordinary citizens.
“The man is evidently not a war-time general, his leadership is too cold and aloof to the prospects of vigorous politicking that we need for the 2023 elections.
“Even as we speak, notwithstanding the exit of several federal legislators, governors and even a member of the PDP Board of Trustees, more groups are contemplating leaving PDP if the relatively unimpactful Secondus leadership continues for the next one month”.
The group however commended PDP leaders like Governor Nyesom Wike of Rivers state, “whose outstanding quality includes having zero tolerance for failure, even if you are his strong ally.”
Mohammed asked Secondus to take a queue from Alhaji Bamanga Tukur, a former National Chairman of the PDP who voluntarily resigned by yielding to the wishes of party members when faced with similar situation years back.
“We have seen party chairmen, including Secondus’ former boss, Alhaji Bamanga Tukur leaving office honourably, how can you orchestrate Alhaji Tukur’s exit over allegations of running the party from his home and then become so fond of doing just that?
“It is up to the PDP Board of Trustees, the PDP Governors’ Forum and the PDP caucuses in both chambers of the National Assembly to do the needful; Secondus must please go now”, the group said.
The PDP has been embroiled in crisis following the recent resignation of seven National officers of the party.
A committee headed by Senator David Mark, a former Senate President was set up last week to address the issues within the party.