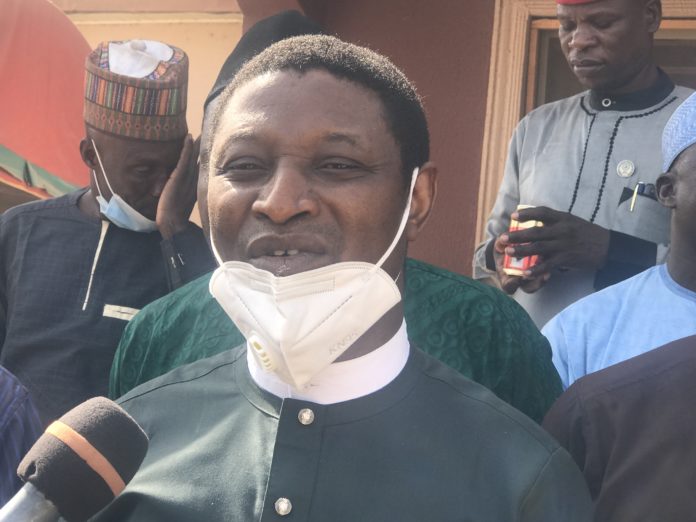 The Executive Secretary of the Nigeria Christian Pilgrim Commission (NCPC), Rev. Yakubu Pam, has urged the federal government to take practical steps to end banditry and all forms of criminalities in the country.
He also asked those advocating for amnesty for bandits to stop such agitations, saying the bandits have committed crime against the society and should be the ones feeling remorseful and asking Nigerians for forgiveness.
Pam spoke in an interview with journalists on Saturday in Kaduna, shortly after condoling the former Secretary General of the Christian Association of Nigeria (CAN), Mr. Samuel Salifu, over the death of his wife.
He said, those (bandits) who want amnesty should come out and show genuine repentance”, adding that if they realised their mistake and truly feel remorseful about their actions, “they should come out and seek for forgiveness not the other way round.”
“We should not be the ones advocating for amnesty for people who have wrong society. Let them come by themselves and ask for forgiveness.
“If they show up and the government, together with Nigerians assess their request for forgiveness then we can arrived at a decision”, he said.
He called on the government to engage citizens in tackling the security challenges.
“We are appealing to the federal and state governments as well as leaders at the grassroots, especially, in the North to stop assurance on media and take practical steps whereby citizens will be engaged in solving the problem of insecurity.
Pam said the government must also engage citizens in finding solutions to the problems, maintaining that, “That is the only way we can come out of the problem”.
According to him, the north has its peculiar problems which are responsible for insecurity in the region.
“In the North, we have peculiar problems, which include fundamental issues that are the cause of these problems.
“One of them is lack of employment. Our youths are roaming the streets. We must address issues of unemployment.
“There is also lack of justice, injustice is all over the place, criminals are seen to walk freely on the street. We must rise up to the occasion to address these issues holistically and objectively”, Pam said.
He community leaders to live up to their responsibilities and preach the virtues of patience to the youths.
Pam called on Nigerians to learn from the experiences of other nations which went through similar challenges Nigeria is facing and were able to come out successfully, particularly, a country like Rwanda.
“We must learn from other nations who have passed through challenges like ours. Rwanda today is a country that is being admired by everybody. Nigerians go there for holidays.
“This was a country embroiled in genocide, ethnic and religious wars. We can stop this ugly situation in our country and make the country a great nation”, he said.
He further called on security agencies to be up and doing in terms of intelligence gathering.
“When we have information about who these bad people are, I think Nigeria will survive. “We should be sincere in exposing the criminals, even if it is my son, let him face the wrath of the law.
Pam had during his condolence visit to Salifu over the the death of his wife, prayed for the reposed of her soul.
“What has happened is a great loss. to us.
When we heard that God in his infinite mercy has decided to take our mother home, we were devastated. But we can not question God.
We pray that God will comfort you and the family and grant her deceased eternal rest.