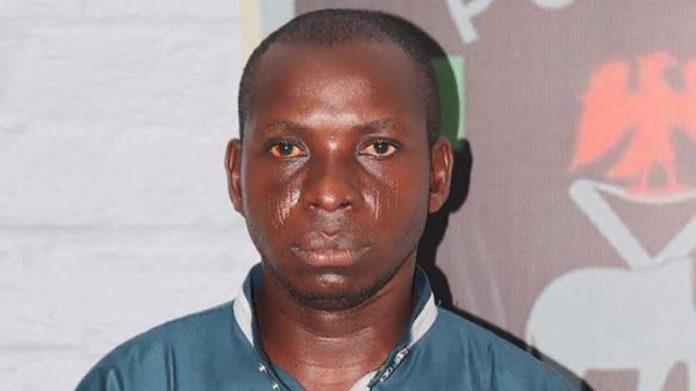 A federal high court presided byJustice Binta Nyako, has sentenced notorious Taraba-based kidnap kingpin, Hamisu Bala, popularly known as Wadume, to seven years imprisonment without an option of fine.
In the trial that lasted three years, Wadume was convicted on counts two and 10 of the 13 counts brought against him and six others by the Attorney General of the Federation.
Wadume was convicted on counts two and 10 bordering on escaping from lawful custody and unlawfully dealing in prohibited firearms.
Other defendants in the charge marked: FHC/ABJ/CR/30/2020 include: Aliyu Dadje (a police inspector), Auwalu Bala (aka omo razor), Uba Bala (aka Uba Delu), Bashir Wazlri (aka baba runs), Zubairu Abdullahi (aka Basho) and Rayyanu Abdul.
The judgement was delivered on July 22, 2022, however, it was made available to the media on Sunday.
Uba Bala and Abdullahi were also sentenced to seven years imprisonment each.
Dadje, a police inspector, was sentenced to three years for tampering with police records to conceal a crime. He was the station officer at the Ibi divisional police headquarters, Ibi LGA of Taraba state at the time of the crime.
According to court records, Dadje was said to have tampered with entries made by Felix Adolije, leader of the IGP IRT team in August 2019, by tearing off the entry page to cover up for Tijani Balarabe, an army captain, and his team who released Wadume and killed some of the officers who arrested him.
One Abdul, a resident in Kano, was sentenced to three years for harbouring Wadume after he escaped from police custody.
However, the court discharged and acquitted the third and fifth defendants, Auwal Bala and Bashir Waziri, for lack of evidence against them.