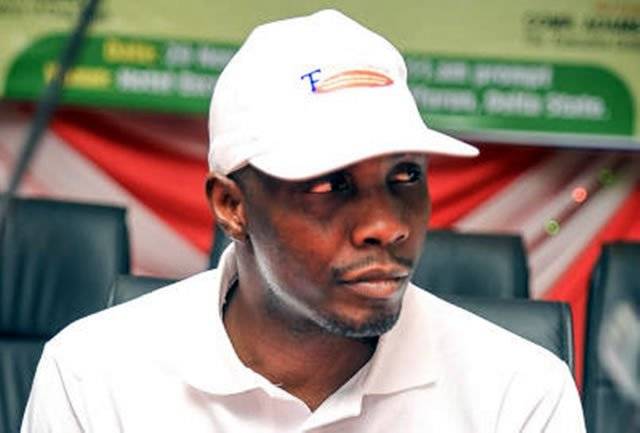 Coalition of Arewa Civil Society Groups(CACSG),have commended the Nigerian National Petroleum Corporation (NNPC) Limited for awarding the contract for the surveillance of crude oil to an ex- Niger Delta militant leader, Government Ekpemupolo better known as Tompolo,to end illegal bunkering,refining and other forms of oil theft in the Niger Delta region.
The award of the contract to Tompolo had been criticised by some northern groups, especially, the Amalgamated Arewa Youth Groups (ARYG), which in a statement on Sarturday, frowned at the over N4 billion surveillance contract to the former leader of the Movement for the Emancipation of Niger Delta, insisting that Tompolo had issues with the government in the past.
However, addressing a news conference on Tuesday in Kaduna, the spokesman of CACSG, Aminu Abbas dismissed the position of the ARY, maintaining that the award of the contract to Tompolo was the right step in the right direction.
The CACSG also called on the federal government to extend the protection of rail tracts to Tompolo to check the activities of vandals and criminal elements.  “Our attention has been drawn to the unpatriotic call made by a faceless Arewa Group on the crude oil surveillance contract awarded by federal government through NNPC limited to a respected Nationalist of repute, Government Ekpemupolo better known as Tompolo.
“The condenmnation is baseless hence we distance the good people of northern Nigeria to such a myopic action of some faceless group camouflaging in the name of Arewa”, Abbas said while reacting to the ARYG statement.
He said “the era of shadow chasing was over”, stressing that “what is expected of any concern Arewa group at this critical time is to engage all stakeholders from within and outside the North on how best to address the lingering problem of insecurity and bring it to a logical end”.
Abbas said, the issues affecting the north, including banditry, cattle rustling, kidnapping and other menance of insecurity had crippled the economy of the region, “and if appropriate measures are not taken, nobody can predict the faith of our region in the next one year.”
“We want to use this medium in thanking Mr. President for taking the right decision because our National asset will be secured even more by engaging the host communities to also join hands with our security agencies in protecting these facilities and in return would boast the Nigerian economy.
“On a fair note; we as concern Northerners with history of loyalty and dedication, felt it’s high time the government and people of our region reached out to respected people like High Chief Ekpemupolo and other brave and gallant individuals to deploy their native strength and expertise to assist our conventional security agencies on security within and outside our region, considering his vast experience and capacity in peace and conflict resolution.
“It is an insult to assign only little portion of our critical infrastructure to him for surveillance our railway line require surveillance as well , there is nothing wrong if the federal government engage their services to help secure other critical economic prone infrastructure facilities aside the pipeline in our country to complement the efforts of the armed forces.
“At a time like this; when the entire nation is clamouring for expansion of state policing and other native/local security architecture for effective and efficient safety of lives and property of our citizens, hence government/NNPC action of contracting pipeline surveillance is a step in the right direction
“The good people of Arewa and her groups endorse this action, it’s our request and agitation for the government to protect people and property in the north and the entire Country just as they have began a move outside the usual way.
“We are confident that The government have awarded the contract to his company base on his track record, loyalty & dedication to the Nation and his familiarity to the terrain and this will help reduce oil theft and bunkering by over 85% against what we are currently witnessing as well improve IGR of our nation…
“The people sponsoring the said group are ignorant of the current realities on how those involved in oil theft and bunkering has affected our nation economy.
“It is worrisome and disgraceful that when government took such timely decisive positive action on what will have a positive impact on our country’s economic prosperity, a faceless group like the so called Amalgamated Arewa Youth Groups could be attacking them and then causing disaffection within the citizenry”, Abbas said.