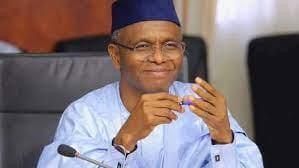 The Kaduna state government says there’s no going back on the recent increase in tuition fees at the Kaduna State University (KASU)
Hadiza Balarabe, the deputy governor of the state, said this during a meeting with the representatives of the students with senior government officials at the government house, Kaduna.
According to a Government House statement issued after the meeting, Balarabe said the
the increase, though painful but necessary as it is the only way that the institution can stay afloat.
“We understand the pain, we are also pained but sometimes, some decisions are taken for the betterment of the generality of the people”, the deputy governor said.
She explained that the fees hike is to enable university to be top ranking university and ‘’we want you to be proud that you went to one of the best schools.
“We want Kaduna state students to hold their heads high wherever they might be and be proud to represent Kaduna.’’
Balarabe said further that the state government was spending about N5 billion on the university as the N26,000 being paid by students were was not enough to pay lecturers for three months.
Also speaking during the meeting, Balarabe Lawal, Secretary to the State Government (SSG), pointed out that university education in the country is collapsing because of inadequate funding.
According to him, “There are primary schools in Kaduna state that charge N100,000. There are secondary schools that charge as high as N500,000. And you expect university education will cost N27,000? It doesn’t make sense”.
The SSG further said that, “for a long time we have been deceiving ourselves. The earlier we wake up and come to the realization that we need to do something about university education in the state and in the country as a whole, the better.’’
The SSG said, ‘’the standard of degrees that are churned out in Nigeria is the lowest in the world.
“We send our children to Ghana, Uganda and Republic of Benin for education. Why? Because our system is collapsing. Why? Because there is no funding.‘’
Also in his remarks, Muhammad Abdullahi, the Chief of Staff, argued that the equipment and libraries that are necessary to enable good education do ‘’not come freely or cheaply.’’
“So, you can either decide if you want to stick to the lowest common denominator and get the basic university education or to go cutting edge and get what you will be proud of and what we will all be proud of,’’ he said.
He advised the students’ representatives to go back and discuss with their colleagues and make them see reasons.
Earlier, the representatives of the students complained that the 500% increase in the tuition fees is too high and requested that the increase should be reduced to 50%.
“We don’t want a total reversal but a 50% increase is ok. At the old rate of N27, 000, not many people can afford it”, the representatives of the students were quoted to have said.
The students, had on May 26, 2021, staged a peaceful protest at the university campus, saying that many of them cannot afford the new tuition fees.