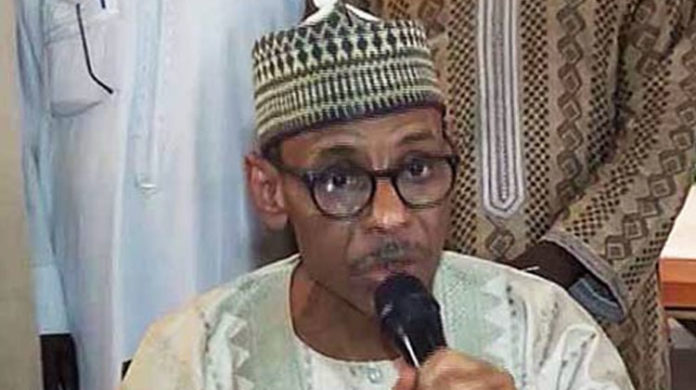 The Director of Publicity and Advocacy of the Northern Elders Forum (NEF), Dr. Hakeem Baba-Ahmed, has said that the quality of leaders that will emerged in the 2023 elections will determine the survival of Nigeria.
Speaking at the 2022 Pre-May Day Symposium organised by the Kaduna state chapter of the Nigerian Labour Congress (NLC), with the theme: Labour, Politics and the Quest for Good Governance and Development in Nigeria”, Baba-Ahmed urged Nigerian workers to rise up to determine the right leaders for the country.
He also called on President Muhammadu Buhari to talk to the relations of those kidnapped in the Abuja – Kaduna train attack to let them know about government efforts in trying rescuing their love ones.
Baba-Ahmed said, “The 2023 elections is not an ordinary election, if we don’t substantially change the leadership of this country in 2023, this country is sunk”.
He said, “The politicians would use religion, party lines to divide us but in the end what will be left is a broken country of divided people.”
According to him, “Nigeria has to go through a major reform and part of the process has to start now.
“We need to improve the quality of our leadership, in the last 10 years we have elected poor leaders. We need to elect good leaders who will care about the poor, about the children of the poor, about the education of the poor, about security of everybody.
We need to elect good leaders in 2023 or this country is finished.”
The NEF spokesman said, Nigeria needs organisation, stressing that organised bodies like the NLC, need to raise their voices to demand for good governance.
“Why is labour quiet about issues affecting the country, why is labour not talking in the face of the challenges facing the country?
“Advice President Buhari to invite the families of those kidnapped Kaduna in train Abuja-Kaduna passengers train to tell them what government is doing and give them words of encouragement.
“Whatever government is doing, it should be improved upon. We cannot demand to know every detail of the negotiations with the bandits. “But one of the things they should demand is that President Buhari should sit down with the relations of these people and talk to them about what government is doing so that they can be relieved.
“Where is the President’s empathy? The wife of the president recently hosted politicians in the Villa, why can’t the President host the relations of the abducted train passengers in the Villa?
“We are about to get new goverment, labour needs to get involved as a participant not as a bystander.
“NLC should determine who becomes President, who becomes governor, so that we won’t have leaders who don’t care about teachers and who treat teachers as they want. Everybody is moving away and leaving government to deal with people the way they want. “Get involved, participate in the change of leadership, if you get a government who will commit in writing not to send their children to private schools, no teacher will send their children to private school.
“Demand that teachers are the highest paid public servants, demand that anybody who want to hold public office must send their children to public schools and not private schools”, Baba-Ahmed said.
Speaking about the challenges in the education sector, he said, “millions of Nigerian children of the poor are not being taught and those being taught are poorly taught by poorly trained and poorly motivated teachers.”
According to him, “The class gap is widening. Children of the poor who are not educated will end up making life difficult for children of the rich who are well educated.
“No rich or powerful person is sending their children to LEA schools, even teachers who teach in public schools are sending their children to private schools.
“Issue that affect teachers is a national issue not an issue between ASUU and Federal Government. This administration won’t solve problems of Nigerian education.”
He urged workers to enter into pact with whoever wants to be governor and let him write an undertaken that he would solve the education problems.
In his address, Kaduna state Chairman of the NLC, Comrade Ayuba Suleiman, who was represented by Comrade Galadima said the symposium was part of activities to mark the 2022 May Day.
He said, over the years, NLC in the state had ensured, purposeful and organised labour movement to drive labour agitations.
“This year’s symposium aimed to further sensitise and galvanise Nigerians for the much needed change as per governance and politics in the country.”