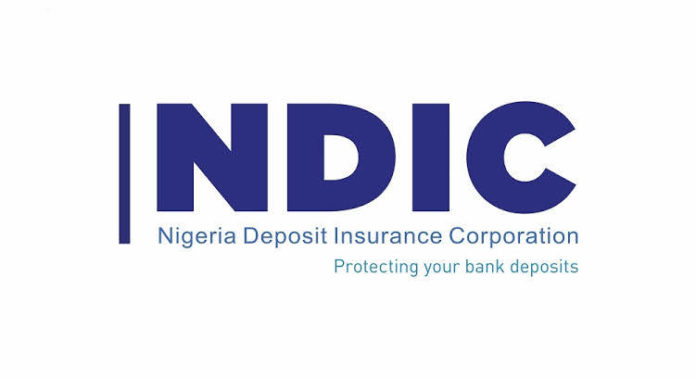 The Nigerian Deposit Insurance Corporation (NDIC) has said that it has sufficient funds to pay depositors whose monies were trapped in 23 distressed banks across the country.
The Managing Director of the NDIC, Bello Hassan, disclosed this in an address on Thursday at the “NDIC Day” at the ongoing 43rd Kaduna International Trade Fair.
Represented by the Director of Communication and Public Affairs, Bashir Nuhu, the NDIC boss said the corporation “has realised enough to pay all depositors of the concerned 23 DMBs 100 percent of their money trapped in those banks.”
Hassan added that “ the Corporation has since moved on to commence payment of liquidation dividends to creditors and shareholders of some of the banks, indicating that their depositors can access their full payment whenever they file their claims. He called on “depositors of banks in-liquidation to avail themselves of the Corporation’s physical and online platforms for claiming their trapped deposits.”
He said the online claim verification platform has been incorporated into the Claim Page on the Corporation’s website to facilitate processing of claims from the comfort of depositors houses and offices.
According to him, the primary public policy objectives of the Corporations is to contribute to financial system stability by making incidences of bank runs less likely, while also protecting depositors by providing an orderly means of resolution and reimbursement in the event of bank failures.
He said the corporation provides deposit insurance cover to Microfinance Banks (MFBs), Deposit Money Banks (DMBs), Non-Interest Banks (NIBs), Primary Mortgage Banks (PMBs), subscribers of Mobile Money Operators (MMOs) and also to the recently licensed Payment Service Banks (PSBs).
“Presently each depositor of DMBs, NIBs, PMBs and subscribers of MMOs are insured up to the maximum limit of N500,000.00 per bank in the event of failure; while the maximum insured coverage for depositors of MFBs is N200,000.00 per bank.
“However it is most important for me at this occasion to reiterate that depositors who have funds in excess of the insured limits are paid dividends from the proceeds of assets sales and debt recovery in respect of the failed banks”, he said.
He explained that guaranteed sums are first and immediate payment while liquidation dividends are second and prorated payments attached to the bank liquidation mandate of the Corporation.
According to him, the NDIC has performed creditably well in this area even in the face of daunting challenges.
“It may interest you to note that from its dogged liquidation activities, the Corporation has declared 100 percent liquidation dividends to depositors of 22 DMBs in-liquidation”, he said.
He commended the Kaduna Chambers of Commerce, organisers of the fair, which according to him, offers a platform for diverse players in the nation’s economy and the public sector to meet, network and showcase their products and services as well as explore other boundless opportunities that exist in the country.
He said the the NDIC has remained a consistent participant in the annual Trade Fair to sensitize the banking and general public about the existence of the deposit insurance system and the benefits of protection it offers them.
“This is fundamental to us because the populace confidence in the financial system can only be guaranteed when they are aware that their deposits are protected and that in the unlikely event of failure, there is an agency of government that would have their back”, Hassan said.