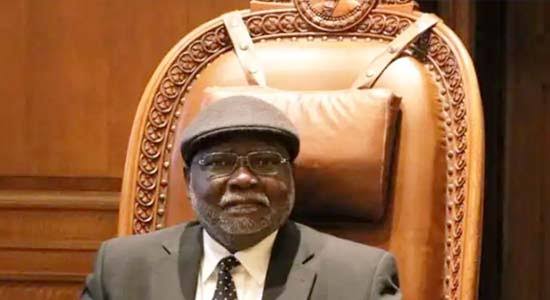 A justice of the Supreme Court, Olukayode Ariwoola, is to be sworn in today as acting chief justice of Nigeria (CJN) by President Muhammadu Buhari following the resignation of Justice Ibrahim Muhammad on Monday.
Ariwoola is the next-highest ranking justice of the supreme court and is expected to take over in acting capacity from Monday. Mohammad was said to have resigned on grounds of ill health, however, it was learnt that he was forced to quit following accusations of corruption levelled against him in a memo by 14 justices of the apex court.