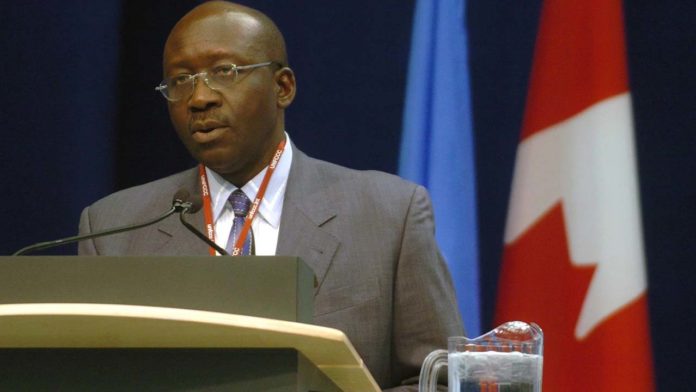 Former Senate President and Minster of the Education, Professor Iorchia Ayu Ayu has called on minorities to unite to savage Nigeria from the present the decline and the crisis that is presently bedeviling it.
Professor Ayu was speaking at the commissioning of Pabod Breweries By-Pass Road and Oginigba–Ordinance link road at Trans Amadi Industrial Layout, Port Harcourt on Friday.
According to professor Ayo who was the Director General of president Olusegun Obansajo campaign in 1998, combined together minority ethnic nationalities are actually the majority. He accused the Buhari government of parochialism and cluelessness in running the affairs of the country.
According to him, there is loss of confidence in APC governance as the party has failed to consider the entire country as its constituency.
“Any leader who leads Nigeria and thinks of ignoring other sections of this country is bound to fail. The crisis we are facing today is the crisis of loss of confidence. We have no confidence in the people who are leading Nigeria today.”
Senator Ayu also stated that PDP remains the only true nationalistic party because the party, when it was in power at the national level, worked and took decisions that better the life of every Nigerian.
Also speaking at the occasion Governor of Rivers State, Nyesom Ezenwo Wike, has declared that the current suffering will make Nigerians chase the All-Progressives Congress (APC) led federal government out of power in 2023
Wike chided the APC government for using the social media to get to power and turn round to castigate the social media, adding that the social media will also be used to chase the APC out of power.
According to Wike, there is no amount of intimidation and threat that will make Nigerians to be deceived again.
He said “Nigeria needs prayers to come out from this situation we find ourselves. Not that we wanted it so, but we power to a party, that was not prepared to govern a chance. A party that came through propaganda, social media lies; now we have seen what we have caused ourselves.
Wike restated that the Peoples Democratic Party (PDP) remains the only hope of Nigeria to lead it out of the current woes.
He stated that Nigerians cannot afford to allow the mistakes of 2015 to repeat itself. According to him, another erroneous attempt to entrust APC with the responsibility of governance, will be disastrous for Nigerians.
“The only hope Nigerians have is the Peoples Democratic Party (PDP). If Nigerians make the mistake again and allow these (APC) people in 2023, then you have dug your graves.
“I will not be a party to it. If you don’t want to dig your grave, then make sure that by 2023 you chase them out.”
Wike warned trailer trucks drivers against converting the just reconstructed road to a park as the State government will not hesitate to impound such trailers.