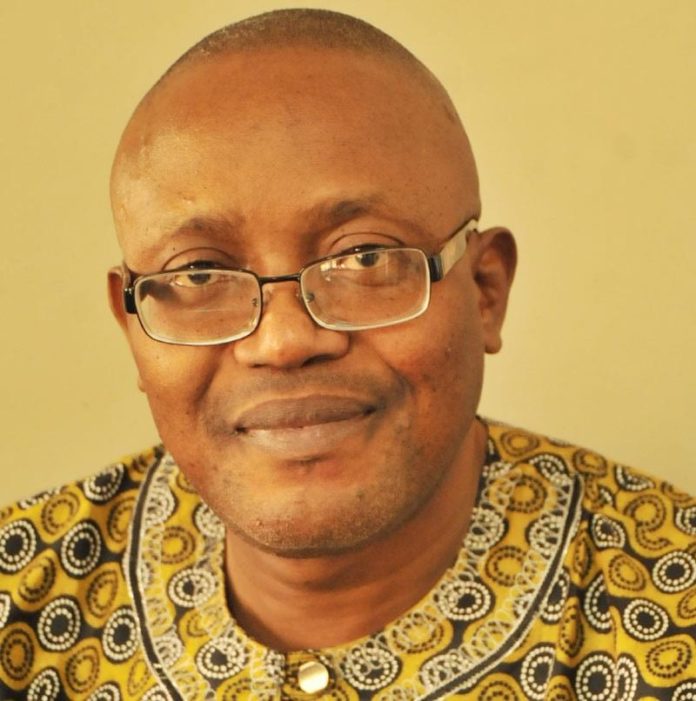 Liberia, which along with Ethiopia are the two African countries never colonized, marked its Bicentennial as an emergent country, and this  Tuesday, July 26, 2022, observed  its 75th Independence Anniversary.  On that historic date, the five  most prominent persons on the dais who are from four countries, were of contrasting nature.

Liberian President  George Manneh Weah, the 1995  FIFA World Player of the  Year, seemed subdued as he delivered his speech which was long on protocols but  short on content. The Liberian Vice President Dr. Jewel Howard Taylor is the former First Lady, whose ex-husband, Charles Taylor   is held hostage in the Frankland Prison, United Kingdom  as a warning to African leaders that those who refuse to do the biddings of Western powers can end up in a correctional centre.

The third was President  Adama Barrow  of the Gambia who since been helped to power in 2017, has kept a low profile.

The fourth eminent personality was  President  Umaro Sissoco Embaló,  of Guinea-Bissau, and new Chairman of the Economic Community of West African States, ECOWAS who is a beneficiary of coup plotters. Just on May 16, 2022, Embaló carried out a successful internal coup by disbanding   the National Assembly in which his ruling party was a minority.

The fifth  person was  His Excellency Mohammadu Buhari of  Nigeria who went to talk about the sanctity of the ballot box while  Nigeria militarily maintains a dictator in power in  Guinea Bissau and in whose country, politics is run like a criminal enterprise.  In fact, the theme to mark  this  Liberian Independence “Fostering Unity, Protecting our Peace for Development and Prosperity” would have been more appropriate for Nigeria whose unity is being threatened, peace, being shattered and development and prosperity are  arrested by a visionless, parasitic, unpatriotic and utterly incompetent political class.

Liberia is a long suffering nation which has had a stunted growth. Yet it is a country founded on dreams of freedom, human dignity and advancement.  The inhuman  Trans-Atlantic Slave Trade  was so seemingly final that victims were said to be on a  journey of no return. It was assumed that once the slave ships left our shores, there was no return for the victims. However, given the repression and oppression, depersonalisation and dehumanization and a foggy future, many freed slaves in America and their descendants saw no future in the United States, US. To them, the so-called ‘American Dream’ was in reality, an American Nightmare.

So some of them decided to reverse the ‘Point of No Return’  to an actual return to Africa, the land of their fathers.  There were also White men like Presidents Abraham Lincoln and James Monroe who supported this return to Africa, but for a different reason.  They thought that the continued stay of free Blacks in the US would continue to encourage slave revolts, so the best option was to encourage a return to Africa. For this purpose, the American  Colonization Society, ACS was established to secure land and repatriate free African Americans who in those days were known as free Negroes or Afro Americans.

The coastal shores of present day Liberia was secured and from  January 7, 1822-1861, 15,000 freed American slaves  and 3,198 freed Afro- Caribbean slaves returned there. The freedom loving returnees tried to build a modern country on the continent. They also named their capital Monrovia  in honour of President Monroe. Their motto was:   “The Love of Liberty Brought Us Here.”

Twenty five years after setting foot on Liberian soil, the freedom lovers on July 26, 1847 proclaimed themselves an independent country. It is that anniversary, Liberians gathered to celebrate this week. On January 3, 1848, they elected  Joseph  Jenkins Robert as their first President.

Tragically, the lofty dreams of the founders of Liberia, due to self-inflicted injuries, became a dream deferred.  The new returnees simply replicated the negative policies and actions of the American society, with the victims, this time being the indigenous people they met. Some of these had lived in what became Liberia for over seven centuries before the new arrivals.

When the US Declaration of Independence proclaimed that all men are born free, the White establishment did not accept  the Black Americans as humans who are born free and therefore have a right to equality. So also did the new arrivals who became known as Americo-Liberians not recognise other Liberians as equal human beings. In fact, until 1904, the indigenous Liberians were excluded from citizenship of their  country.

The bulk of the Americo-Liberians  created a different identity refusing to integrate the locals just as the White American establishment had refused to integrate the Black People. They also denied them the ballot, discriminated against them, excluded them from economic opportunities and worse still, began turning the indigenes into slaves and forcing them to work in plantations especially those of rubber.  The  American industry needed rubber and the Americo-Liberians decided to help set up rubber plantations and use slave or forced labour.

So prevalent was the new slave system in Liberia that the League of Nations established the Christy Commission which established that the Liberian Government was neck deep in it. Consequently, President Charles  D.B. King, the 17th President of Liberia and Vice President  Allen N. Yancy, were forced to resign.

The mention of  President King reminds me of the corruption in the Americo-Liberian establishment and the perfidy of its ruling True Whig Party whose rigging of the 1927 elections is the worst in world history. In that election, there were about 15,000 registered voters; the opposition candidate, Thomas Faulkner secured  9,000 votes while the incumbent President Charles King scored, wait for it, 243,000 votes! That is over sixteen times the number of voters.

The minority Americo-Liberians ruled for 133 years until the April 1980 coup that brought Samuel Doe to power. That itself was the beginning of instability leading  to a Civil War which claimed 250,000 lives or eight per-cent of the population.  The follow-up elected Presidency of Taylor was truncated and President Charles Taylor was lured into exile in Nigeria by President Olusegun Obasanjo. The latter  turned round to betray Taylor into the hands of Western powers in the name of a request by President Ellen Johnson Sirleaf. She was Doe’s Finance Minister and  main fund raiser for the Taylor insurgency. The Sirleaf Presidency was characterised by nepotism; she appointed relatives into juicy positions where they looted the impoverished country. She appointed her sons Charles Sirleaf as the  Governor of the Liberian Central Bank,    Robert Sirleaf as the Chief Executive  of the National Oil Company and   Fombah Sirleaf as the head of  the National Security Agency.

It remains to be seen whether in the next 25 years, Liberia would mark its Bicentennial Independence, as a country fulfilling its initial dream.

America’s sorry for Cuba, but won’t get off its neck