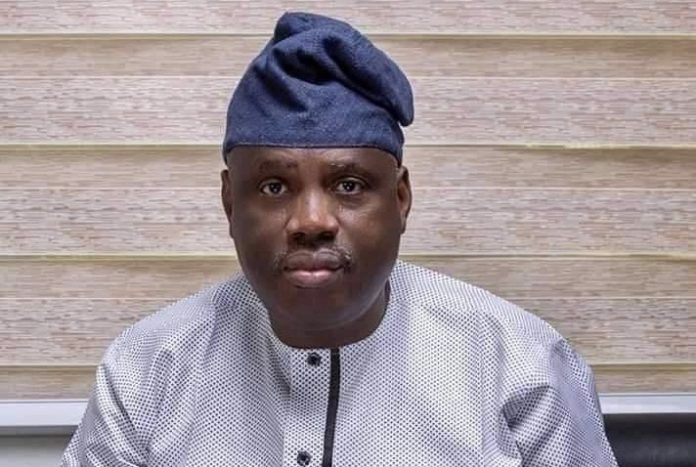 A member of the House of Representatives, Hon. Rimamnde Shawulu Kwewum, has said that Christians cannot be relevant in the scheme of things by sitting in their comfort zones.
Speaking at a “Political and Economic Summit,” organised by the Youth Wing of the Christian Association of Nigeria (Youth CAN), which held at ECWA Goodnews, Minna, Niger State on June 5, 2021, the lawmaker maintained that for Christians to be relevant, they must conquer fear and move out of their comfort zones to succeed.
Speaking on the theme, “Possessing the gates”, he said, God had done everything that He needed to do for Christians to succeed, but Christians are the ones failing in their part of duty.
Quoting extensively from the Holy Bible, Kwewum said, “it is when you move out that you will see the miracles of God and witness his great power.”
He said, “if you are waiting for everything to come together perfectly and the stars to align, you will lose your destiny and will end frustrated.
“From my understanding, God has done everything that he needs to do for us. We are the ones failing in our part of duty…
“The Bible tells us that God has given us everything that pertains to life and godliness.”
Kwewum, said Christians have decided to be like “grasshoppers living in fear.”
According to him, Christians write bad reports about themselves, the same way the spies sent by the Israelites to spy the promised land”, he said.
Kwewum said, “On their way to the promise land, the leaders of Israel decided to send a team of spies to check out the land God promised them to give them.
“They sent out twelve spies, one from each of the twelve tribes. And the spies got back after performing their duties with two reports.
“The first report drafted by a very large majority said that the land was good, but had giants that would not let them arrive at where God wanted them to go.
“That was majority report and we all know that the majority is not always right. It said that the children of Israel were like grasshoppers before there enemies.
“Their choice meant that they should remain where they were or simply go back to Egypt.”
According to him, Christians in Nigeria have concluded that they are minorities and don’t have money and what it takes to succeed.”
He regretted that, Christians believed that they don’t have what others have and that other people are bigger than them and have therefore, remained in our comfort zones…
“We have told ourselves that we are not able to go into the land to overcome and eat the fruit of the land.
He said: “Nobody has said we are not able! We are the ones that have said we are not able to.
“One of the biggest mistakes anyone can make for his life is to think negatively.
“The theme of this summit is possessing the gates. And what is the gate? In the Old Testament, the gate referred to the place of the noble, of men of authority and decision makers.
“It was a place, you wish to say, those who are diligent in their ways used to meet and take decisions that affected everybody, including those who were absent.
“These were the people who took life and death decisions, people that determined what would happen.
“As ambassadors of Christ, his representative here on earth who have been enjoined to occupy till he comes, we are supposed to act on behalf of Him who is the governor of all universe and rules in the affairs of men.
“Who else but the believer can act right and extend God’s impartiality to all people”.
Quoting Proverbs 29:2, Kwewum said “When the righteous are in authority, the people rejoice: but when the wicked beareth rule, the people mourn.”
The lawmaker said further that, “people who win are those that ignore their fears and move out.
He added that, “If you don’t venture out you will win nothing. You can sit down here in this chapel and pray from here till next year and still die of hunger or lose.”
Kwewum noted that, “if the children of Israel had remained in Egypt praying, they would not have arrived at the promise land.
“You have to conquer your fears and move out of your comfort zone to succeed, to reach your potentials and be what God wants you to be. “
He stressed that, “It is when you move out, that you will see the miracles of God and witness his great power.
“So if you are waiting for everything to come together perfectly and the stars to align, you will lose your destiny and will end frustrated.
“You may recall that the water of the red sea did not fall back until the priests had stepped into the water.”
Kwewum also admonished Christians to love one other, noting that one of the problems of the Church is that Christians don’t love each other.
He said, “Anyone that does not love his neighbour that he sees cannot love God that he does see.
“We hold malice and anger against one another. If we don’t love our relations, how can we love strangers.
“Contrary to the scriptures, we hate strangers and don’t demonstrate the love of Christ to them.
“One way to escape such is to pray for the people that have offended us.
“You should pray for the person you are angry with or at. Don’t pray that the person may die or evil should befall them, but pray that God should help that person”.