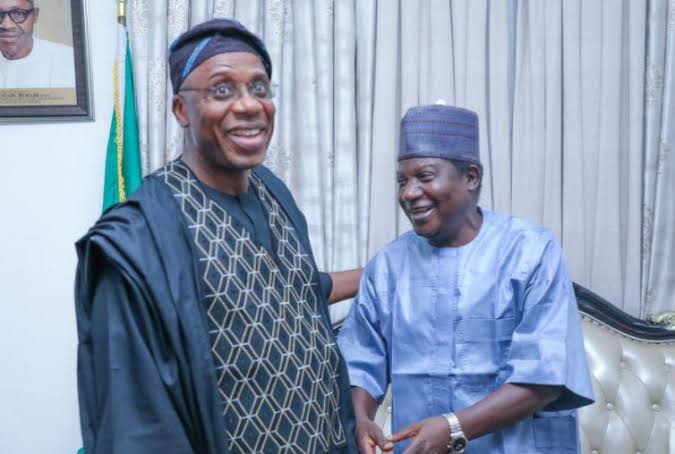 Governor of Plateau state, Simon has said that delegates of the All Progressives Congress (APC) in the state, will vote for Rotimi Amaechi, a presidential aspirant on the platform of the party.
Speaking at a meeting with Amaechi and the APC delegates at the Government House in Jos, on Friday, Lalong said Amaechi has done a lot for the people of the state.
adding that the former transport minister was “the first presidential aspirant to come and see us.”
Lalong said, “When I invited others to come, they said they can’t come to Plateau because it would be a waste of time because Plateau people will not vote for them, but will vote for Amaechi.
“So, you didn’t need to talk much. We want to rely on somebody that has done it before. We are telling you so that you would not waste your time to come back for campaigns. We have made our decision. You have done a lot for our people.”
Speaking further, Lalong said, “Amaechi assisted each of the northern states to do registration for the APC and we updated our registration.
“When we came back to Plateau to contest the general election, nobody supported us, but you did.
“I was the governor and I was a candidate but you said no, as a friend, I like Plateau people and I must do my best.
“You invested in Plateau people and out of nowhere, we won the election. Not only myself, we have many members in the house of assembly, we have members in the national assembly. Something that nobody gave to us, you gave to us.”
The governor said he learnt “the art of good governance and project delivery” from Amaechi.