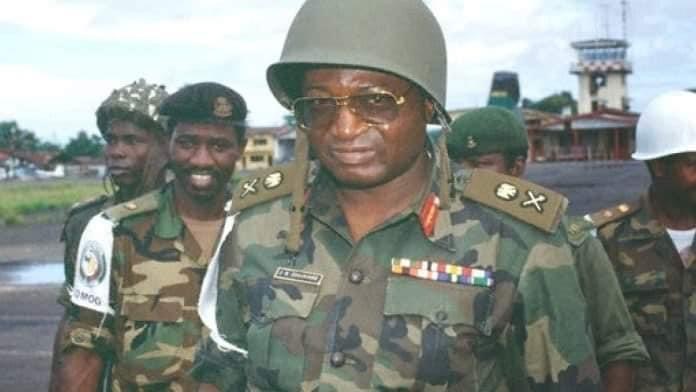 Plateau state governor, Mr. Simon Lalong, has said the late Gen. Joshua Nimyel Dogonyaro was always advising him on how to handle security matters in the state.
Dogonyaro died on Thursday at the Jos University Teaching Hospital (JUTH), following an illness.
Speaking when he paid a condolence visit to the family of deceased at their Rayfield residence in Jos, Lalong said, Doyonyaro was always willing to bring to bear his wealth of experience in security issues and uniting people of different backgrounds.
According to the governor, the deceased distinguished himself in his military career by serving diligently in all the positions he occupied, adding that he paid his dues and gave all to defend the territorial integrity of Nigeria.
The governor prayed God to grant his family the fortitude to bear the loss and also urged them to sustain the legacies left behind by the late general.
Responding on behalf of the family, Mr. Godfrey Dungum, said the visit by the governor and members of his cabinet was highly consoling.
During the visit, a former President of the Church of Christ in Nations (COCIN), Prof. Pandam Yamsat, prayed for the family and for the repose of the soul of the deceased.