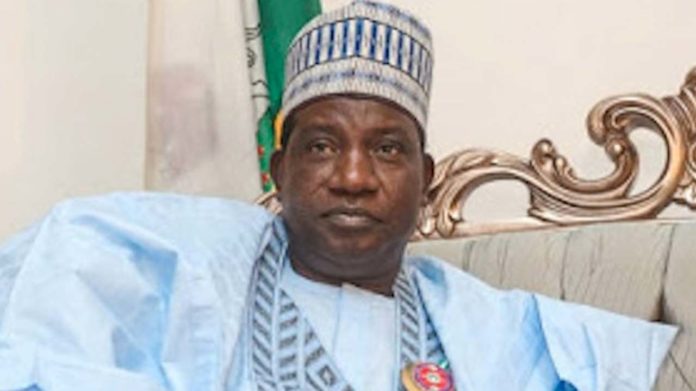 The Plateau state government has imposed has imposed curfew on Jos North, Jos South and Bassa Local government areas of the state following the violence that claimed the lives of 23 people in Jos on Saturday.
This was announced in a statement by the Plateau state governor, Mr. Simon Lalong.
Violence erupted in the Rukuba road area of the city on Saturday when Irigwe youths who were conveying the remains of their members killed in the recent attacks on communities in Bassa LGA were conveying the corpses from the Plateau Spcialist Hospital for burial.
It was gathered that as they were conveying the corpses, they met some vehicles conveying some Muslim faithfuls which they suspected to be Fulani.
The muslims were said to have explained that they were commuters coming from Bauchi, however, the angry youths were alleged to have challenged them, seeing that there was no connection with Rukuba road with Bauchi highway.
They youths were said to have suspected that they were fulanis who had come to attack them at the burial ground.
The youths allegedly descended on them, killing 23 of people and injuring 23 others. Others were said to have been rescued by security personnel.
The special military task force, Operation Safe Haven (OPSH), in Plateau, has arrested 12 suspects in connection with the killings.
Maj. Ishaku Takwa, Media Officer of the OPSH, disclosed this in a statement on Saturday in Jos.
Lalong, said the curfew which commences from 6am to 6pm is to avoid further deterioration of the situation and to protect lives and properties of citizens.
The statement said, “Sequel to the unfortunate breach of peace along Rukuba road, Jos North LGA on 14th August 2021, where a convoy of commuters was attacked leading to killing of innocent persons, I have received briefings on the situation from the relevant heads of security agencies.
“The reports indicate that 23 of those attacked lost their lives while 23 persons sustained injuries and are currently receiving treatment.
Twenty six others were rescued unhurt.
“So far, 20 suspects have been arrested and the security agencies are conducting investigations to get to the bottom of the matter.”
The governor said, “Having reviewed the reports and monitored the unfolding scenario, Government is concerned about the persisting tensions and reported attempts by some persons to take the laws into their hands by threatening to attack individuals and private facilities, as well as public property.
“In order to avoid further deterioration of the situation and to protect lives and properties of citizens, I have directed the imposition of curfew on Jos North, Bassa and Jos South Local Governments commencing 6pm to 6am from today, 14th August 2021.
“The curfew shall remain in place subject to further review by the State Security Council.”
The statement asked all citizens to comply with the directive to enable security personnel maintain law and order in the affected areas and deal with those attempting to foment trouble by taking advantage of the situation to perpetrate crime.
“The Government will continue to monitor the unfolding situation and take further necessary measures to ensure the safety of lives and properties.
“While I deeply sympathize with the families of those who lost their loved ones, and those injured in the unfortunate event, I call for calm and appeal to our citizens to avoid any action or utterances that will further inflame the situation”, the statement said.
It added that what happened “is purely a criminal conduct and should not be given any ethnic or religious colouration.”
The statement called on residents to continue to be vigilant and be security conscious and do everything possible to sustain n peace and security of the state.