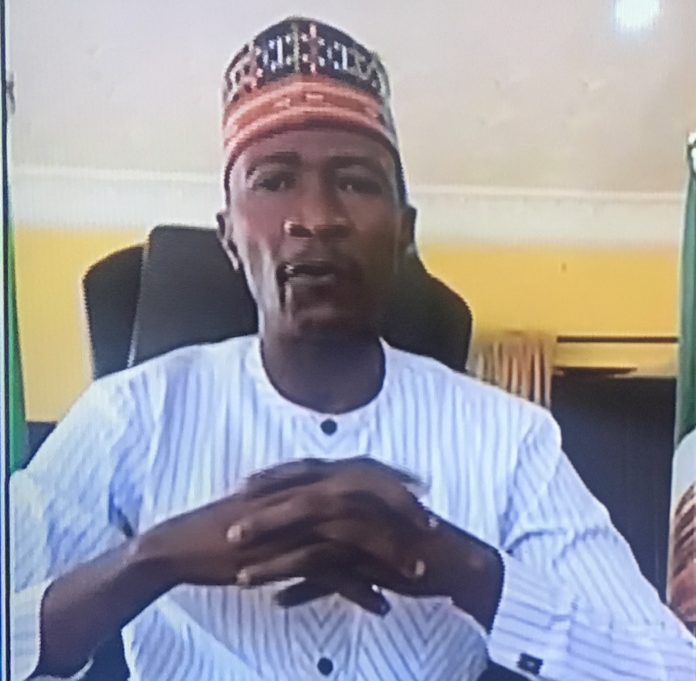 Chairman of Jos North Local Government Area of Plateau state, Alhaji Shehu Bala, has said that the killings in the state will not end if people insist on vengeance.
Speaking on Thursday while featuring on Arise TV programme, “Morning Show”,  Bala said the solution to lasting peace in the state is forgiveness and understanding.
“If someone is being hurt and he said that he is going to take revenge definitely this (killings) will not end. I think the best solution here is forgiveness”, he said.
According to him, the security agencies deployed to the state will not stay forever, hence the need to “forgive and forget”.
Bala said, the Plateau state government “is doing all its possible best in promoting the issues of interaction and also community engagement by talking to the youths and telling them that violence is not the answer”.
Responding to questions on the recent killing of over 20 commuters along Rukuba Road, Jos, he said, “The issues had been there for a very long time.”
Bala said, “The Irigwe people and the fulani people have been living together in a very cordial relation, but we don’t know what happened.
“As you know politics come to play in it, there are also issues that are there.”
He said the governor of Plateau state, Mr. Simon Lalong, “is doing his best right from the inception of this crisis and other crisis in Bassa LGA to contain the situation.”
He however said the killings has not gone down well with with the government, particularly the governor.
“But actually what happened has not gone down well with the government, particularly to his excellency the governor of Plateau state.
“We feel that is condemnable, we condemned it in total. We actually see how his excellency swing into action to contain the situation.
“I will say that his excellency has acted promptly and the imposition of curfew was welcome.
“Normalcy has returned and we are looking at ways to see how we can reconcile the people”.
The council chairman said further that the governor has met with the Irigwe and the fulani communities in Bassa LGA, “and to fashion how we can have lasting solution to this problem. So I will say that it is just a matter of understanding and his excellency has acted promptly.”
Bala also expressed support to directives by Lalong that anyone who seek bail for the suspects arrested in connection with the killings should be arrested.
He said, “Yes of course it is true, this are the steps his excellency the governor of Plateau has taken.
“That everybody that is coming for bail (for the suspects) should be arrested and that is prompt response by his excellency.
“And we feel there shouldn’t be any form of interferences … because in any other issue, you will hear human rights (groups) coming and saying this and this.
“We feel that, this issue should be treated to the letter. It is decisive and very straight directives by his excellency that any person coming to bail suspects should be arrested.
“That is welcome, the citizens are happy on this decision by the governor.”
Narrating how the incident happened, Bala said, “That faithful day, I received a distress call in the morning hours that some commuters, about five buses from Bauchi, they will pass through Plateau to Bauchi for their annual prayers in Bauchi state.
“They had to take a route that is said to be shortened and at that time, the Irigwe people were having a burial.
“They went to bury their dead ones, there it happened and the issues happened and the incident happened and you have the eruption of violences that happened at the exactly spot.”
Speaking further Shehu said, “What happened is that these buses were stoped and when the buses were stoped, they (commuters ) were taken out and so many issues and victims were recorded.
“At that time about 20 people were killed at that particular sport.
“By the statement of the police, Irigwe youths stopped the buses. That has been said by the police, I was not there but the police have it in there records that Irigwe people stopped the buses and they killed so many people there . “So that has been the statement of the police.”